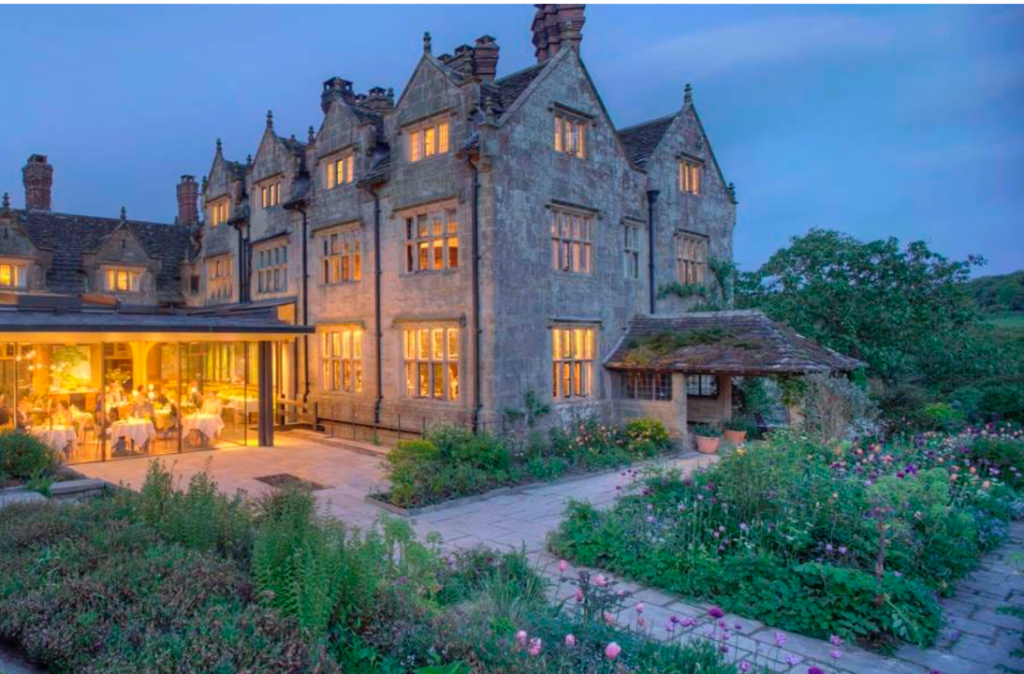 “It was the loveliest hour of the English year: Seven o’clock on Midsummer Night.”

Wild Flowers in the Garden:
With Stella Gibbons in Sussex

“The education bestowed on Flora Poste by her parents had been expensive, athletic and prolonged; and when they died within a few weeks of one another during the annual epidemic of influenza or the Spanish Plague which occurred in her twentieth year, she was discovered to possess every art and grace save of earning her own living.” Reading Stella Gibbons’ Cold Comfort Farm in 2020 feels like blending the present with the past, fiction with fact, history with a NOW that goes back and forth between being the new normal and a scene from a sci-fi blockbuster. For Flora Poste, the remedy against it all was to relocate to the country – which we think is rather a good idea, and so we did too, at least for a day.

You probably need to be English to fully appreciate the brisk contempt with which FloraPoste looks at the life led by Judith and Amos Starkadder, her remote relatives from Sussex, whom the London born heiress of nothing but good manners had shamed into taking her in so that rather than taking up work, she could sponge off all that was needed at Cold Comfort Farm.

Asked what she thought about the book that turned her into a best selling novelist decades after it all happened, Gibbons answered that she was ‘filled with an incredulous wonder that she once could have been so light hearted.’ (Don’t worry, should you really not already have read the books years ago, you will laugh about the deep sarcasm of this remark once it is off the bucket list.)

Some hold that the unbroken spell that reading Cold Comfort Farm has cast over generations of British readers springs from the naïve pretentiousness of the city girl that lands in rural life and comes up with a plan to civilise the messy lives of the very relatives who had just put a roof back over her head. Others say that it is the complete sabotage of all the melodramatic sentiment from which English novels on impoverished country dwellers had drawn their success in the first decades of the nineteen-hundreds. 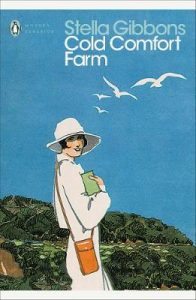 When the book came out one critic suspected that it had in fact been written by Evelyn Waugh under the pseudonym Stella Gibbon, as it seemed impossible that a woman could have written so a witty novel. That he could not have been more wrong should have been clear already from the fact that Cold Comfort Farm was essentially the Marie Kondo guide of England’s interwar period. The way Flora single-mindedly achieves to tear off the Victorian blinkers that hemmed in the minds of the Starkadder family members – complete with its autocratic, bed-bound matriarch-aunt Ada Doom – is nothing else than a big decluttering of the English pastoral romance, complete with its idealisation of peasant poverty, child-death, and dusty gothic hues.

Flora’s observations of her relatives’ lives drive the turn of the book’s pages with a satirical edge that ridicules less her uncultured country cousins than the literary stereotypes that nineteenth-century writers had coined from them. Well caught, in this respect, is her version of the sex-obsessed simpleton, Seth, who just cannot help himself but has to constantly unbutton his shirt – surpassed only by the ‘intellectual’ Mr. Mybug, who tries to woe Flora by asking if she believed ‘that women have souls?’.

In her unwavering belief that her meddling in the lives of others is to the enormous benefit of everyone around her, Flora is indeed a hilarious parody of all of Austen’s intrusive bossy-boots. The big city girl answers the countless sermons of Amos Starkadder on the agonies of hellfire by preaching the advantages of psychoanalysis, birth control, and the consumer good industry to anyone who will listen – or dwells within earshot.

With her mind firmly footed in science and the enlightenment that come with tidy house and grounds, the heroine of Cold Comford Farm offers some most profound insights into life that ring true even today: ‘If sweatpants are your everyday attire, you’ll end up looking like you belong in them. What you wear in the house does impact your self-image.’ No hold on, that one is from Marie Kondo.

Flora Post would have been speechless with joy about the perfection of this house. Nestled amidst a one-thousand acres country estate, the Elizabethan Mansion of Gravetye Manor is a feast for the senses. The quaint grace of the slender architecture is surrounded by bursts of colour that spring from the carefully planted botanical panels that the French artist Clare Basler designed in style with the estate’s historic owner, the famous landscape architect William Robinson, whose ’The Wild Garden’ challenged many of the gardening orthodoxies of his time. 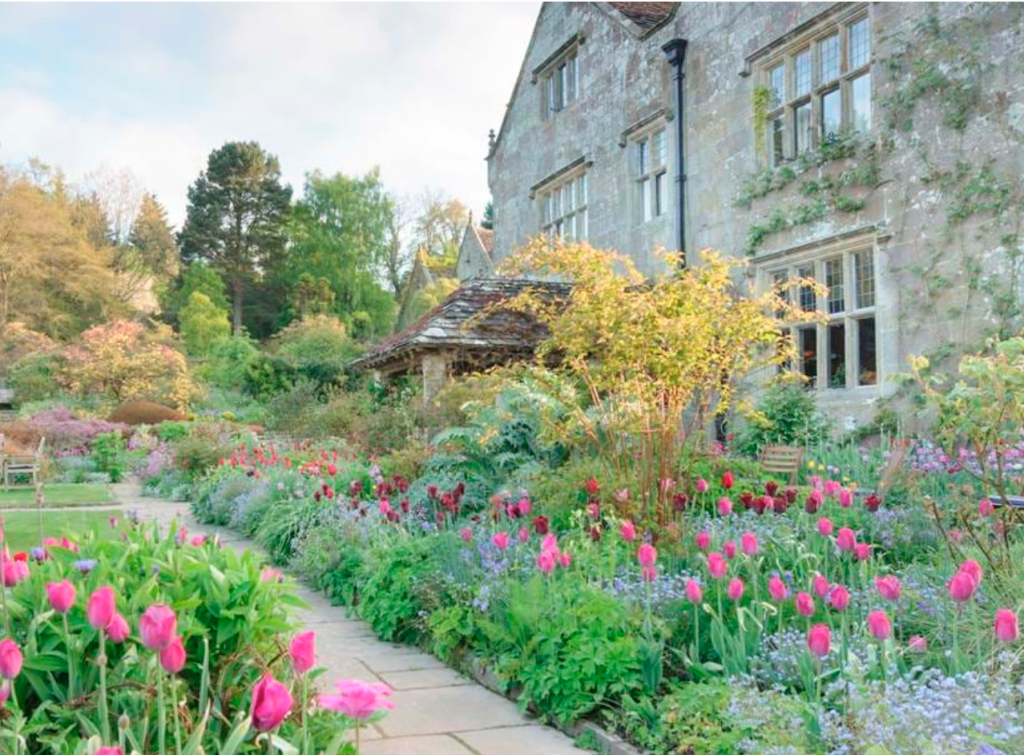 Worth a visit in itself, this masterpiece of botanical art forms the stage for the Manor’s lovely one Michelin star restaurant that reflects what you can see outside the window. Dorset-born head chef George Blogg creates culinary compositions with the fresh produce from the estate’s own organic gardens, orchard, and woodlands, that bring nature’s beauty onto your plate and artifice to your palate.

While you can visit the restaurant and gardens just for lunch as well, staying the night – or two, or three – is highly recommended. Seventeen guest rooms –  some of which are wood panelled as they would have been when the house was built in 1598 – await to soothe the mind with the comfort of solid, noble wood and rich fabrics. Just pick one and look forward to a stroll in the garden before breakfast.

← And then there were None: With Agatha Christie on Burgh Island Seaside Summer: Staycation Reading at the English Coast →