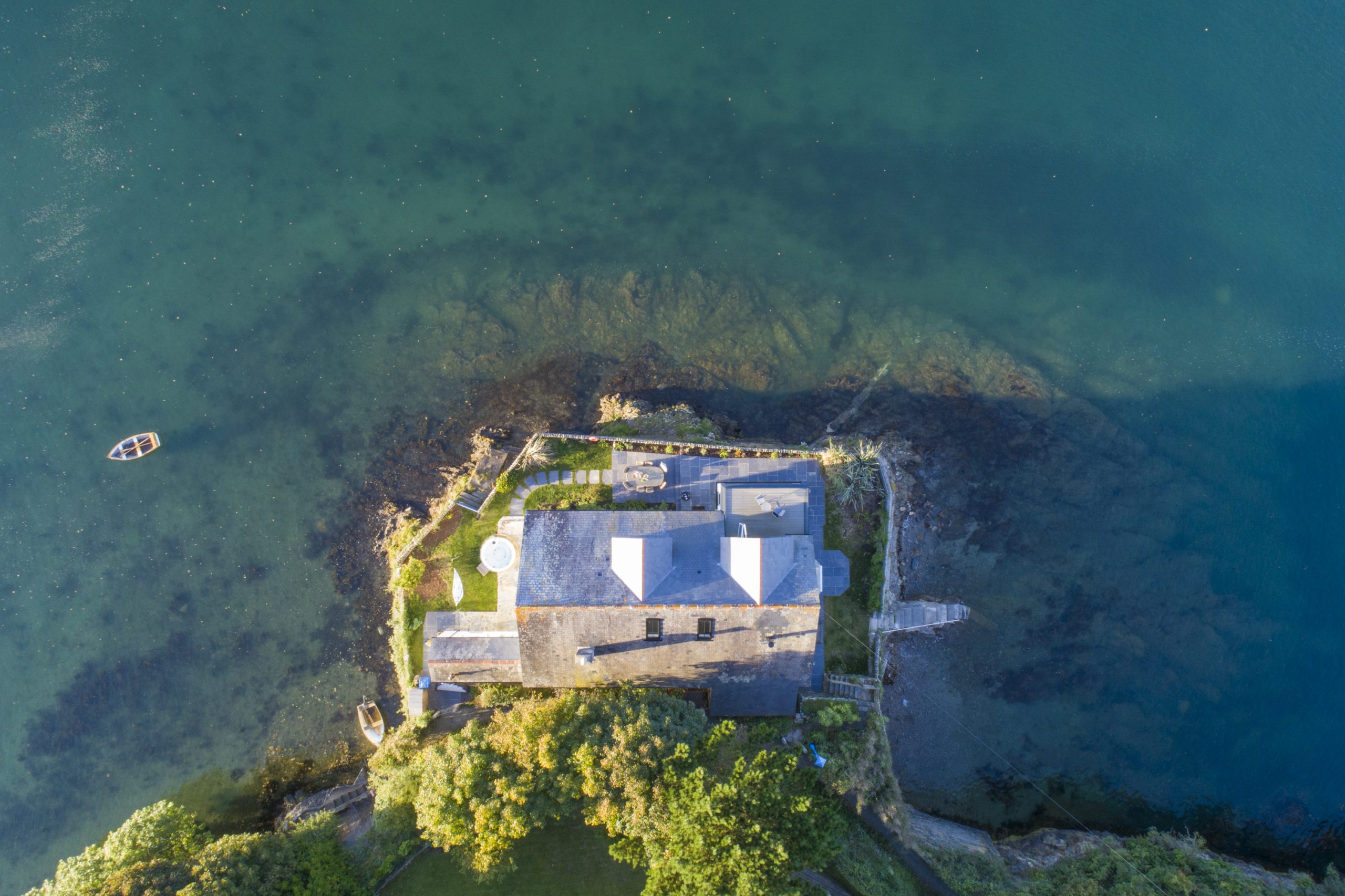 “My big fish must be somewhere.”

Yes, it is still possible to find a spot for this summer where you can wake up to the salty air of sea in the morning and spend the day undisturbed. Crowds are nowhere to be seen; occasionally you hear the seagulls cry. We found this beauty ‘On the Rocks’ near the village of Helford, Cornwall – and we love how it’s stone terrace, surrounded by water on three sides, is the perfect place to sit, read, chat and watch the tide come and go.

To make sure that you are all set for the reading bit, we have packed a bag of books with our favourite sea-side reads: 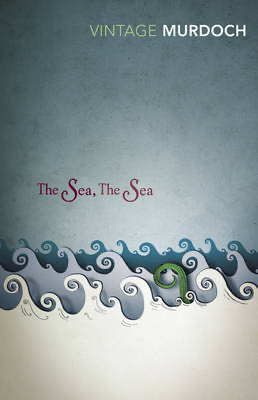 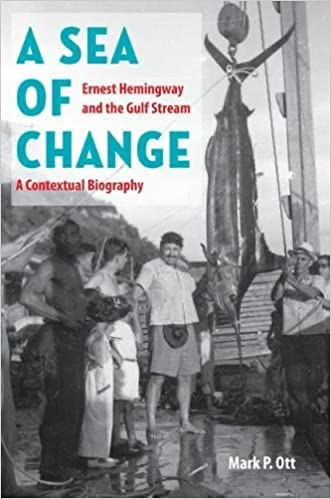 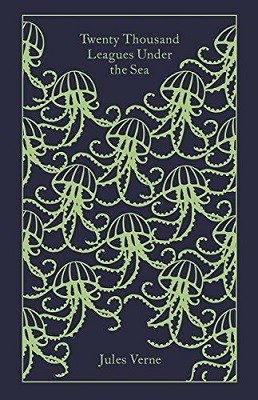 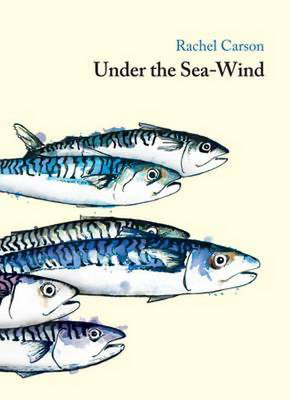 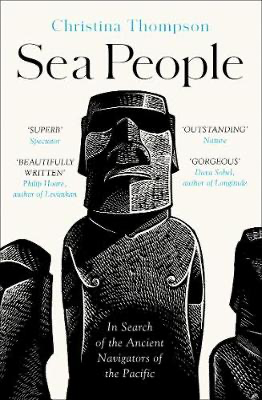 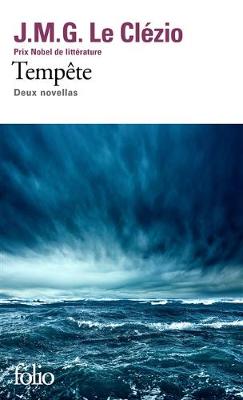 Iris Murdoch, The Sea, The Sea

Helford has a pub, a shop, and a sailing club – what more do you need? Our house ‘On the Rocks’ is nestled snugly into its Cornish bay, reminding us of the remote cottage on the rocks by the sea that Charles Arrowby buys after retiring from his glittering years in the world of London’s stages in Iris Murdoch’s The Sea, The Sea; a brilliant observation of how sea air and saltwater tame metropolitan neurotics – if you let them.

If you are looking to finally tackle one of those on-the-list-for-the-longest-time-already reading projects, Twenty Thousand Leagues under the Sea (yes, the book came first) by Jules Verne is our pick of choice. The classic adventure by the pioneer of science-fiction writing for everyone who likes squid. And other sea-creatures. We recommend you get the clothbound hardback edition by Penguin Classics, which is a treasure to dive for itself.

Ever since Thomas Cook, with the help of his Tahitian navigator, landed on the shore of Polynesia and discovered that its inhabitants understood Tahitian, scholars have been trying to solve the mystery of how the first Polynesians came to find and colonize the remotest islands in the Pacific Ocean. Christina Thomson’s own investigation of this question was inspired when she saw the ease with which her husband, a Māori, would converse with Hawaiians and Tongans. Drawing on research by geographers, anthropologists, historians and linguists, but also oral history and accounts of historic navigators, Sea People  pulls you into the epic history of Polynesia’s earliest voyagers and the skills that made them such great explorers of the globe.

We take it you have read Ernest Hemingway’s famed The Old Man and the Sea long ago (and you can always to it again), but what you might still be unfamiliar with is the story behind the book and the famous photograph of the author at sea with his sons in the Bahamas, showing off his catch of an intact giant bluefin tuna. (The catch granted Hemingway much admiration because the writer managed – by relying on his gun – to keep the sharks circling the fishing boat in the deep waters from chewing off half of his catch before he could even get it out of the water. Shark attacks on tuna fish hooked by high sea fishermen were so frequent, that the men would refer to their catch being ‘apple-cored’, that is with head and tail only.) Hemingway’s passion for deep water fishing lead him to an increasingly scientific study of the currents on the Golf of Mexico that had, as we learn from Mark P. Ott’s contextual biography A Sea of Change. Ernest Hemingway and the Golf Stream, great effect on the writer’s tone in storytelling. Never was a book resulting from research of fishing logs so fascinating.

Rachel Carson, Under the Sea-Wind

Rachel Carson, the American biologist writing in the middle of the twentieth century, has recently received much attention for her ground-breaking work in ecological history – most notably her 1962 Silent Spring – an its influence on the formation of an environmental movement in the United States. Under the Sea-Wind was her first book in a trilogy on the ecological history of the ocean. Less analytic in tone, this early document of Carson’s nature writing is a fascinating account on the way maritime organisms interact with their environment for which we get to follow a sanderling called Silverbar, a mackerel called Somber, and Anguilla the eel on their daily routines.

Our last recommendation, Tempête (Storm), you might have a hard time tracking down at your bookseller of choice, and, like most J.M.G. Le Clézio’s works, it is still only available in French (sorry). If you do read the language however, you might find this recent novella by the French Nobel laureate one of the most compelling descriptions of the sea you’ll ever come across. Placed on the Korean island of Udo, it is a tale of solitary souls drawn to the ocean to find refuge and redemption.

‘On the Rocks’, Helford, Cornwall

Once a busy port until the eponymous river silted up, Helford is an idyllic waterside village in one of the more hidden corners of Cornwall. Close by the thatched cottages of the village, you find some of the most famous Cornish gardens created by Victorian plant hunters, like Trebah and Glendurgan, where rhododendrons and semi-tropical plants thrive in the mild climate. Surrounded by a beautiful collage of secluded creeks, and dreamy woodland, the six-bedroom shoreline cottage is the prefect retreat for a family holiday or romantic weekend getaway. You can book this cottage as well as many other holiday cottages across the UK at boutique-retreats.co.uk. 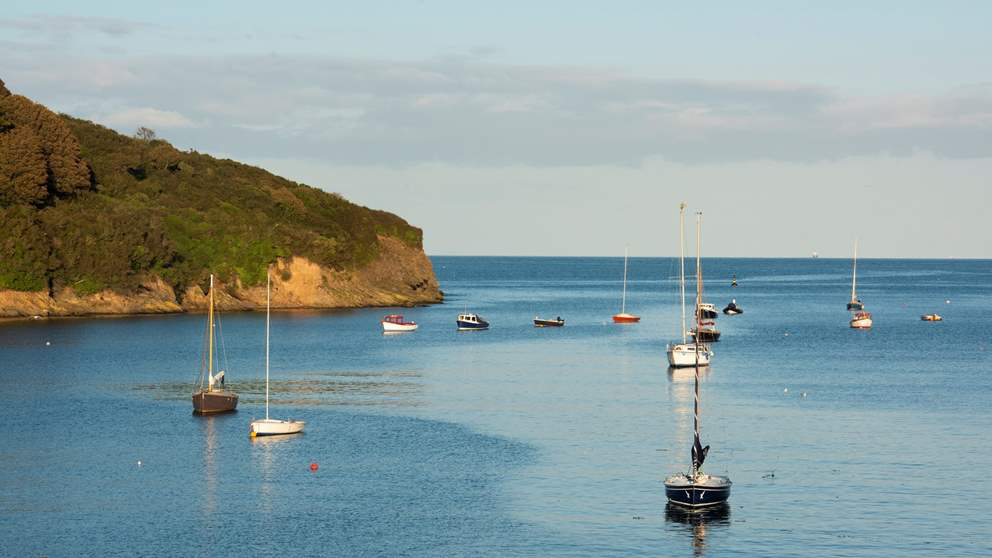 ← Wild Flowers in the Garden: With Stella Gibbons in Sussex Breakfast & Chill: A Long Chair Getaway with the young Capote →