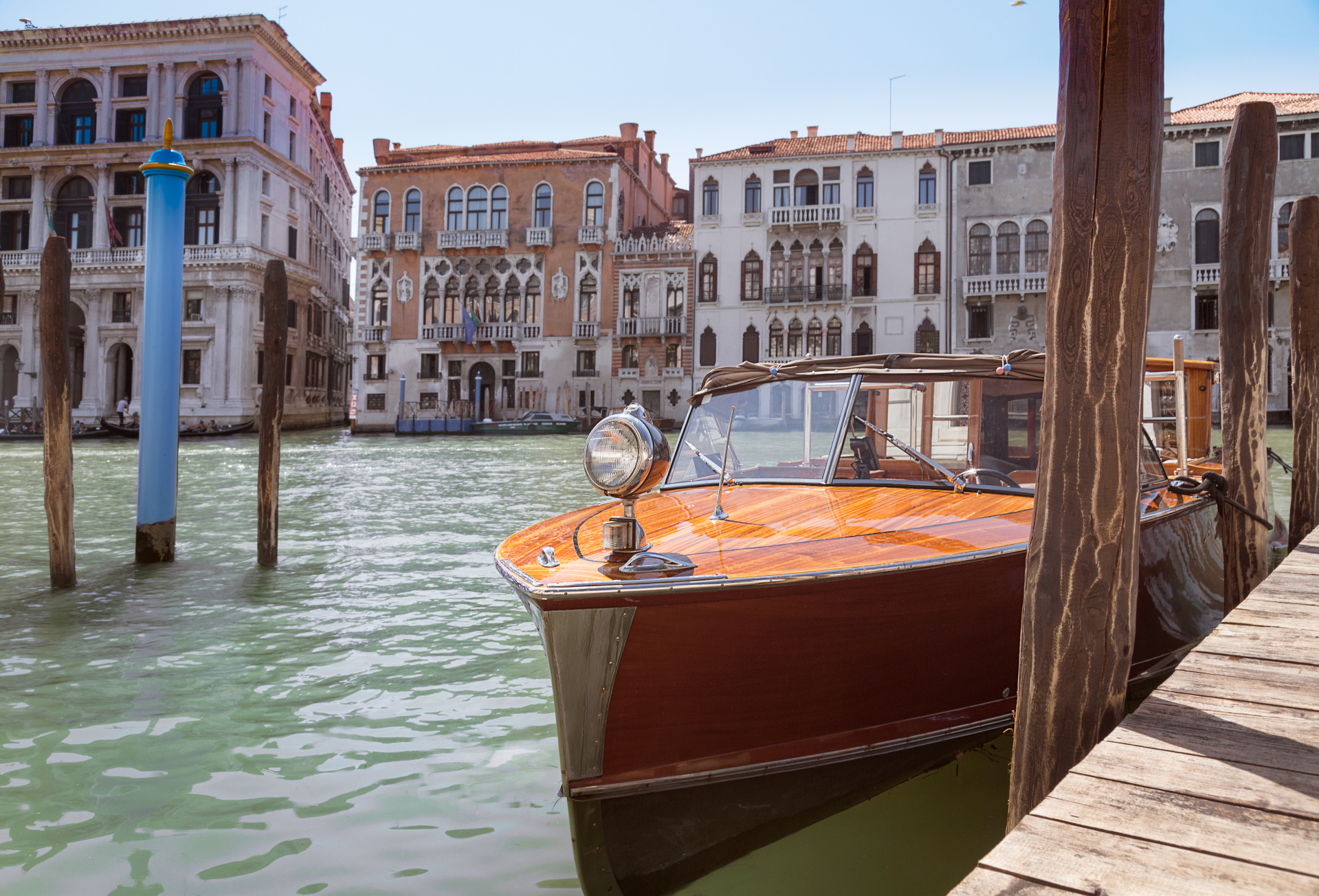 “From the example of the past, the man of the present acts prudently as to not imperil the future.”

“From the example of the past, the man of the present acts prudently as to not imperil the future.”

“Nowhere do life and art seem so interfused as in Venice” observed Henry James at some point in the travel notes that he pinned down over the course of decades of travel in Europe between 1860 and 1912. James’s incisive and witty writing, producing books in such numbers that America’s newly wealthy at the time would order them in units of feet to dress their empty shelfs, made him the grandmaster of travel writing. His classic love triangle Wings of the Dove can be read as a fable of desire for love and money, a milieu satire on the figure of the American debutante discovering European culture, or a playground for exegetes of French theory – your pick. In any case, it should be read in Venice, and ideally while sitting on a gondola’s pillowed bench, “floating between marble palaces”.

Henry James travelled to Venice so many times, spent so many days in the Italian lagoon studying its architecture, observing its rhythms, that one might think it safe to call him a connoisseur of every canal, every hidden garden, every piano nobile of the city. In truth, his familiarity with la Serenissima, celebrated not only in Wings of the Dove but a number of his books and essays arose over many years of mutual courtship, in which Venice – you’ve guested it – was the one that never lost its cool.

After his first visit of Palazzo Ducale in 1869, when he was 25, James reported in a letter to his brother that the ‘tone’ of the city, ”lies richly on my soul and gathers increasing weight, never to be absorbed and appropriated”. And this although he had given it his all. Doing his due diligence, he had read John Ruskin’s Stones of Venice (the nineteenth-century Blue Guide for the city) and looked – as recommended – at length at the Tintoretto ceiling that was supposed to make him understand the essence of Venice better than any other of its myriad works of art.

Yet all that happened, James concluded in frustration, was that he felt “as if I might sit there forever, and only feel more and more my inexorable Yankeehood”. This would become James’s big theme – depicting the bewilderment that set the American traveler adrift on first contact with European sophistication. No one has written about it more discerningly ever again.

While manifestations of what James called ’Yankeehood’ might indeed jump at you while in Venice every now and then in the form of suggestions for ‘al fresco dining’, orders of ‘paanacodda’, or joyous declarations that tomorrow one is going to proceed ”to Florence to see the Mona Lisa” (an exact quote), the American writer himself matured to one of the famous names in the echelon of those Grand American Tourists whose love of art and culture has made them Royalty in the eyes of all the Europeans who today flock to the temples of Henry Clay Frick and Isabella Stuart-Gardener on the other side of the Atlantic. 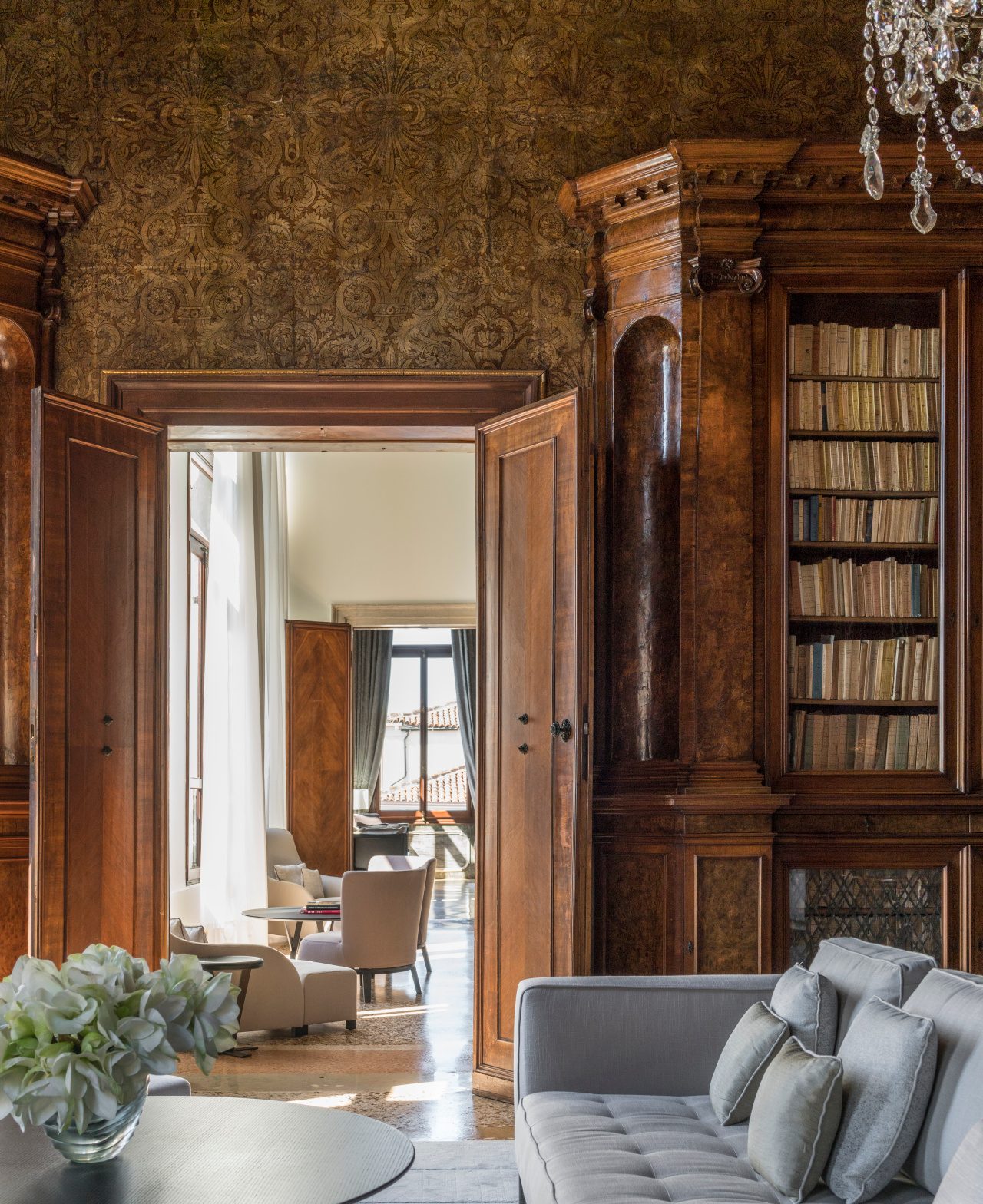 In 1909, James noted from his balcony at Palazzo Barbaro – his by then favourite perch on the Canal Grande – “never has the whole place seemed sweeter, dearer, diviner. It leaves everything else out in the cold.” By then, Venice was already the capital of tourism, and the role of the naïve, culturally unexperienced American had been passed on by James to one of his protagonists in Wings of the Dove, wherein Milly Theale comes to Venice as his ‘yankee-hooded’ younger self. (His own younger self would probably still have been too close to home.) 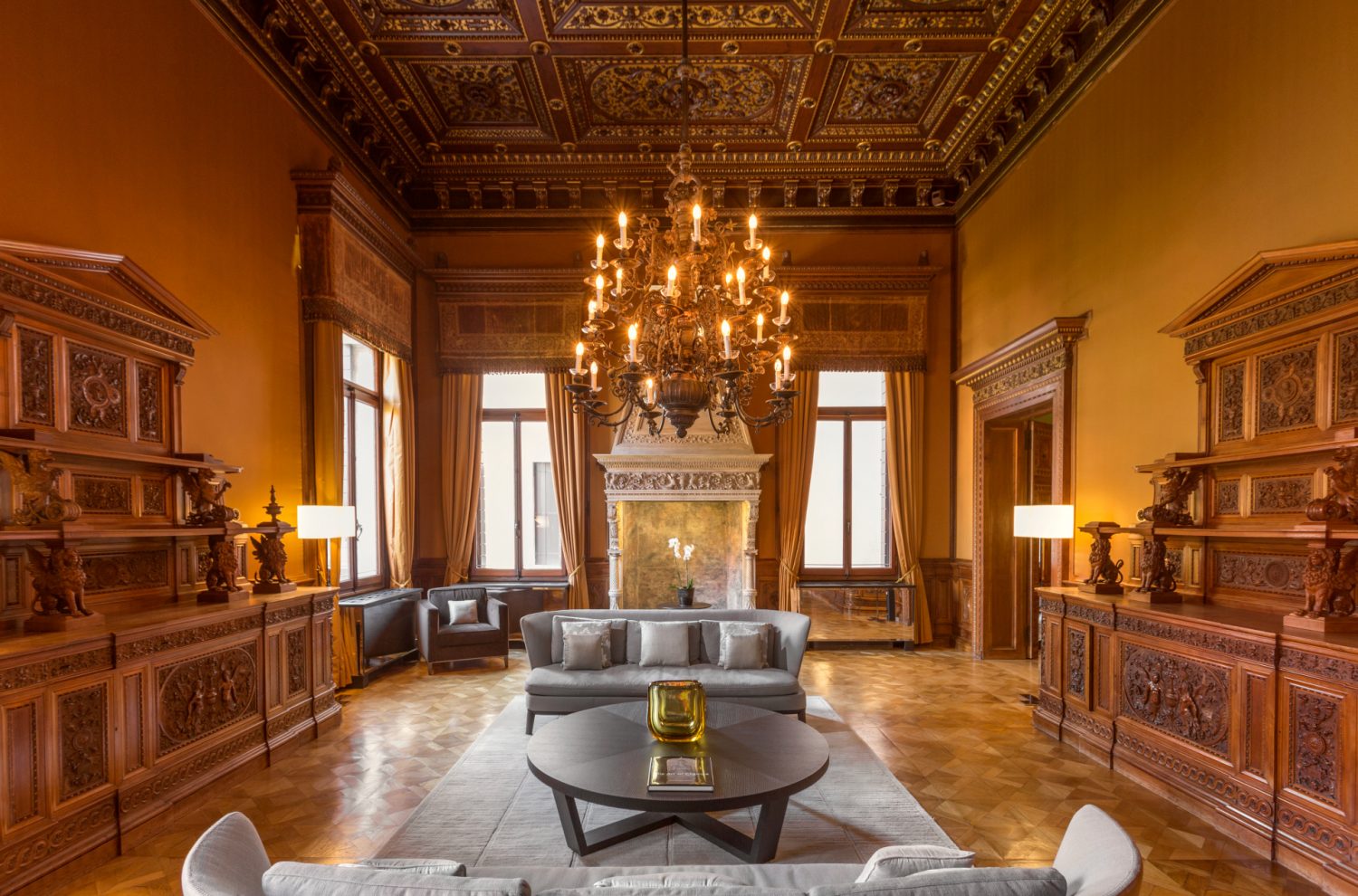 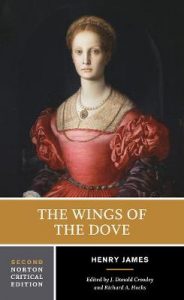 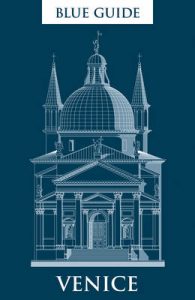 “It is a fact”, James wistfully remarked, “that almost everyone interesting, appealing, melancholy, memorable, odd, seems at one time or another, after many days and much life, to have gravitated to Venice by happy instinct”. And yet, while, as the he justly emphasised, the pleasures one is to find in Venice are immeasurable, “there is nothing so disagreeable as the visitors”.

The American writer began to suffer from an anxiety that used to befall every traveller to the Venetian Laguna ever since a tourism industry born out of a – to a large extend American – mass culture emerged in the early twentieth century: the uneasy feeling that the number of tourist devouring every stone is so vast and their appetite for its sights is so enormous that, even though it might have been brought to a temporary halt in 2020, the city’s marvels, its churches, arcades and piazette will one day have gone.

The secret to spending a weekend – or two – in Venice without feeling (and, more importantly, behaving) like a tourist can be easily unlocked. It starts with booking yourself into Aman Venice, the city’s in many ways most remarkable hotel, located between the Rialto Bridge and Santa Maria della Salute. (Yes, it’s perfectly normal that your pulse revs up in delight upon reading these three trigger terms of happiness in one sentence.) 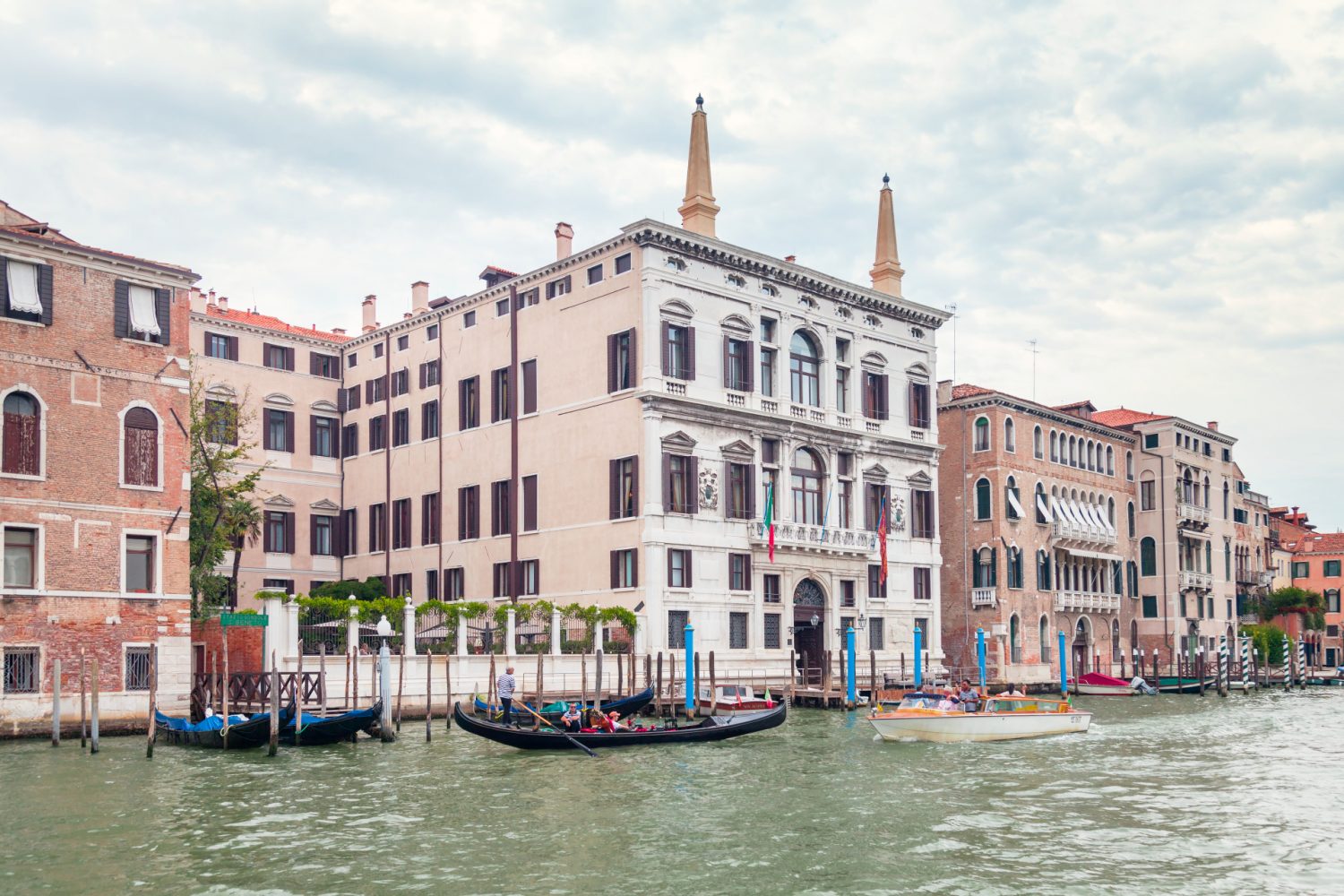 Set in one of the only eight monumental Palazzi on Canal Grande, the hotel offers a pleasurably small number of only 24 individually designed suites, creating the sweet throw-back feeling of a visit to your grandparent’s house in childhood days. There are rooms that are off limits (mainly those of the other guests), but otherwise you get to make yourself at home in the luxury acquired by a previous generation and discover all the tokens they assembled in a lifetime of splendid adventures. (Only that the histories that this particular house knows to tell reach back to the heydays of the Renaissance.) From the root wood library cabinets that – in most cases – inspire everyone to keep their voice down, to the silent glances you exchange with the two patrician women craning over the balustrade in the fresco painted by Giandomenico (the son of the more famous Giambattista) Tiepolo on the staircase wall, Aman’s Venetian address treats you to a hundred little moments of joy every day.

The illustrious building, known as Palazzo Papadopoli since the patrician family with Greek roots bought it in the 19th century, was built in the 16th century and by 1750 became the home of Giambattista Tiepolo, who painted the ceiling in what today is the Alcova Tiepolo Suite. All of it has been restored by hands commanding expert knowledge in the treatment of high art, and enhanced with a therapeutically restrained interior design by Jean-Michel Gathy, winning Aman Venice a well-deserved heritage award for Italy’s best restoration.

There is no question that Henry James, who once remarked that “it takes an endless amount of history to make even a little tradition” would have adored Venice’s Aman as much as we do. Its two (!) private gardens are the best kept secret for an ultra luxurious aperitivo in the city. You could not be more central; you could not idle more serenely – life could not be very much better.

← Jazz Méditerranée: The LC Bag of French Riviera Reading Munich: not just a place – a way of life. →