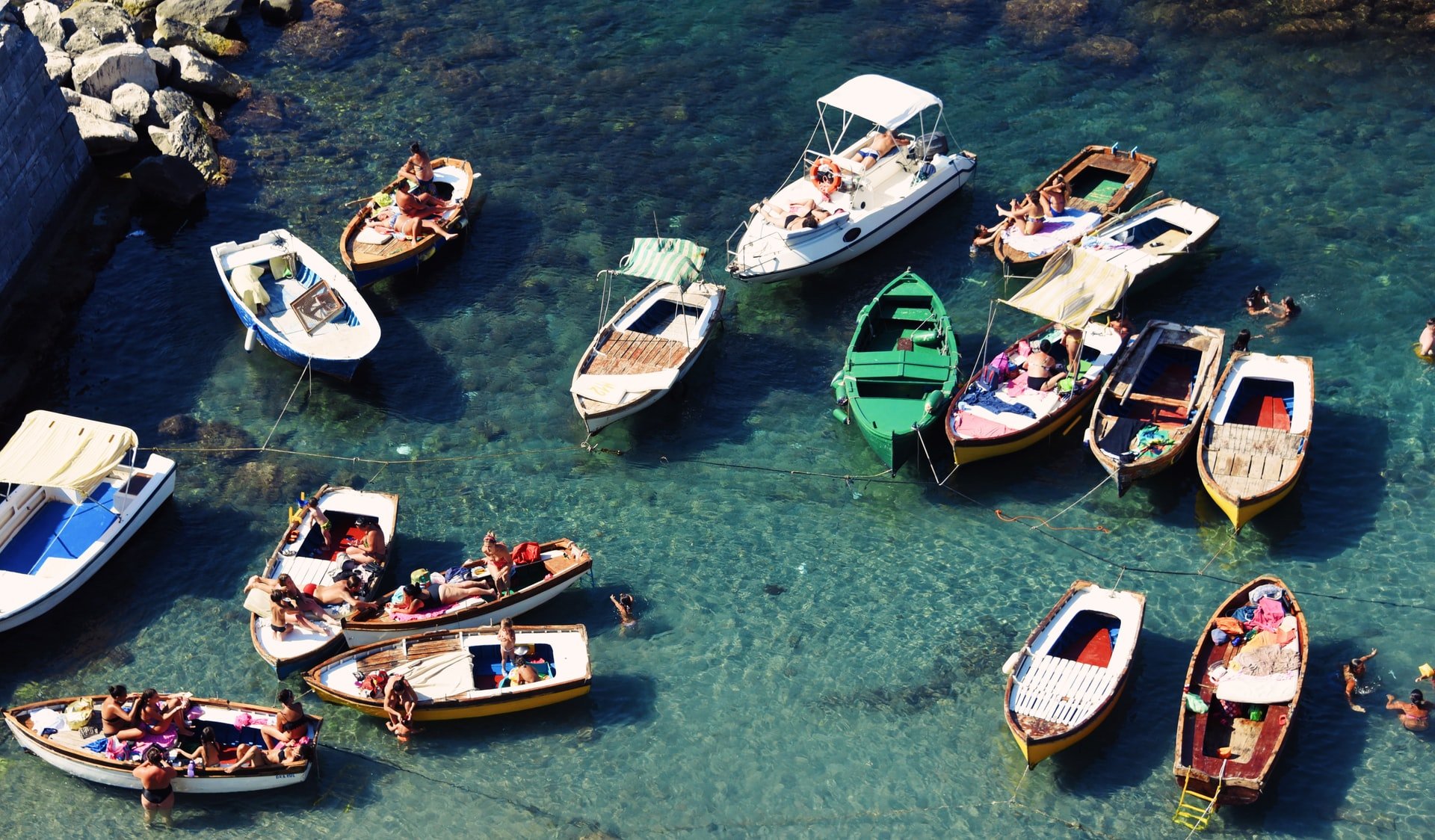 Don’t Sleep with the Fishes:
The Long Chair Guide to Naples

The most important thing to take when going to Naples are your sunglasses. You will need three pairs: One to shield your eyes from bright sunlight. One for when the sun pours into the sea. And one to wear inside; at dinner – unless you don’t want to blend in.

Maybe it is the magma that flows beneath the surface of the city. Living at the feet of Mount Vesuvius, the ever-present metaphor for the uncontrollable forces of human existence – desire, love, death – you need a special kind of cool. Or belief in a myth that the people of Naples have handed down ever since it was created in the 14th century: According to this, the Roman poet Virgil (whom people began to think of as a an alchemist in the Middle Ages) had, a thousand years earlier, placed a golden egg preserved in a glass jar placed inside a metal cage that he hid in the eponymous fortress off shore: Castel dell’Ovo, on what today is the peninsula of Megaride. As long as the egg remains intact, so the legend goes, the city will be spared destruction.

That does not mean, however, that Neapolitans are walking on eggshells all the time. (Far from it.) To insure that all will end well, there is a higher system in place. If you want to see how it works, you need to visit one of Naples’ countless historic churches. Or rather – at least a dozen; better two. No other city has a greater density of altars for the celebration of the Roman Catholic Mass and all the delicious trappings that come with it than the seaside metropolis in Campania. It is for this reason that Naples is also called la città delle cinquecento cupole – the city of 500 domes. Below those domes, ex voto, i.e votives – either in form of sacred hearts (for the lovesick) or (for more specific requests of healing) any other part of the body made from delicate metal work – have been deposited in the thousands. Every single one of them represents a vow once made in silence and left behind in hope that it will be answered.

Covering marble walls in layers of intercessions, the silent pleads solidify like the wax running from the hundreds of candles lit in any one of Naples’ churches every day. Nowhere else are the icons of the Christian faith lit with more drama, making Naples the place where opera-lovers, thirsting for theatrical stage sets that are unveiled from satin curtains while a chorus of song breaks through scented air, can go and see two performances every weekend – one on Saturday evening at Teatro di San Carlo, and one on Sunday morning at the Duomo di Napoli, or Gesù Nuovo, or San Francesco di Paolo, or … 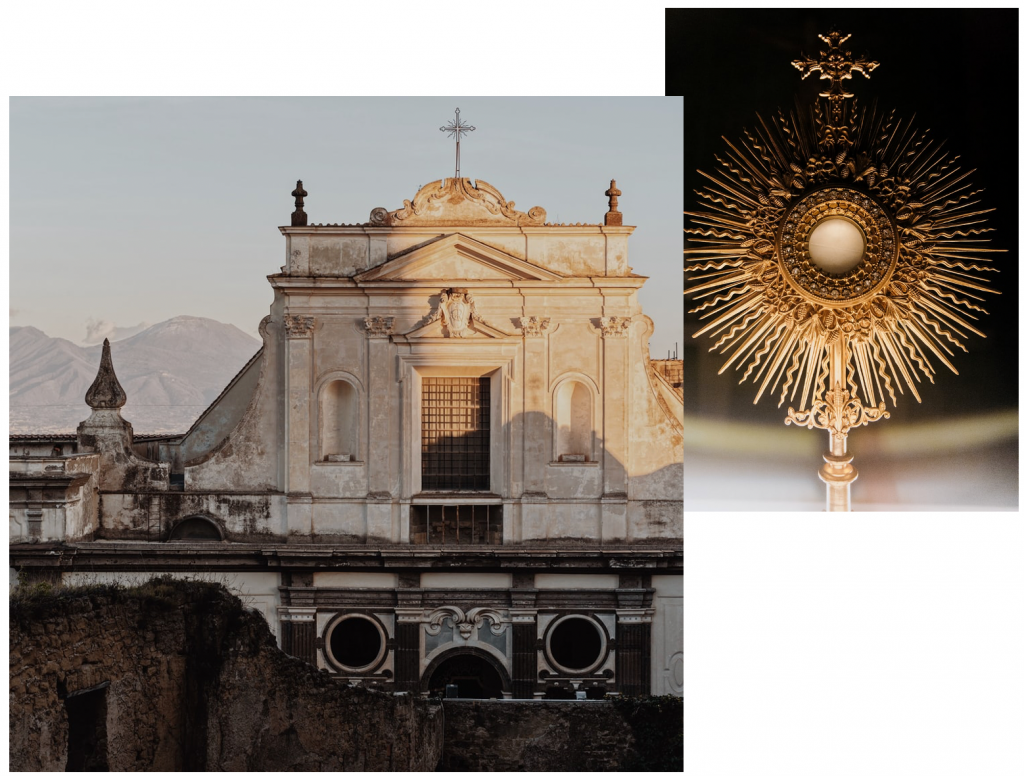 Yet not only inside, but outside its churches, too, Naples is a city of unspoken desires. For centuries, secret longings have prompted travelers to come here. In the fourteenth century, Dante came to see the grave of Virgil, his heatedly admired idol. In 1769, Leopold Mozart took his son, so that little Wolfgang could listen to the music played in Naples’ churches – thought to be the best that could be heard in all of Europe at the time –  and would become a superstar copying from it. And in the 1980s, Susan Sontag chose Naples as the stage for her novel The Volcano Lover, the book in which the woman who wrote Notes on Camp goes digging for the roots of the phenomenon in a historical romance spun around the vulcanologist and antiquarian William Hamilton.

Expectation of the sudden eruption of all the passions that humanity calls her own is the one constant that underlies the city’s grid. Just like walking in the near black shades of one of its vicoli – the narrow lanes that run between the tall, five story city palaces designed in the late eighteenth century – a turn around the corner will have you standing in gleaming sunlight, a seemingly quiet moment in the streets is usually just the cinematic silence that sets in before the clamour of an unseen voice breaks from behind one of the open windows above. Pigeons will fly up alarmed; a dog will join in barking; a motorino will overtake you from behind, cutting in in front of you with such verve that outrage will turn into concern for the driver’s physical integrity. 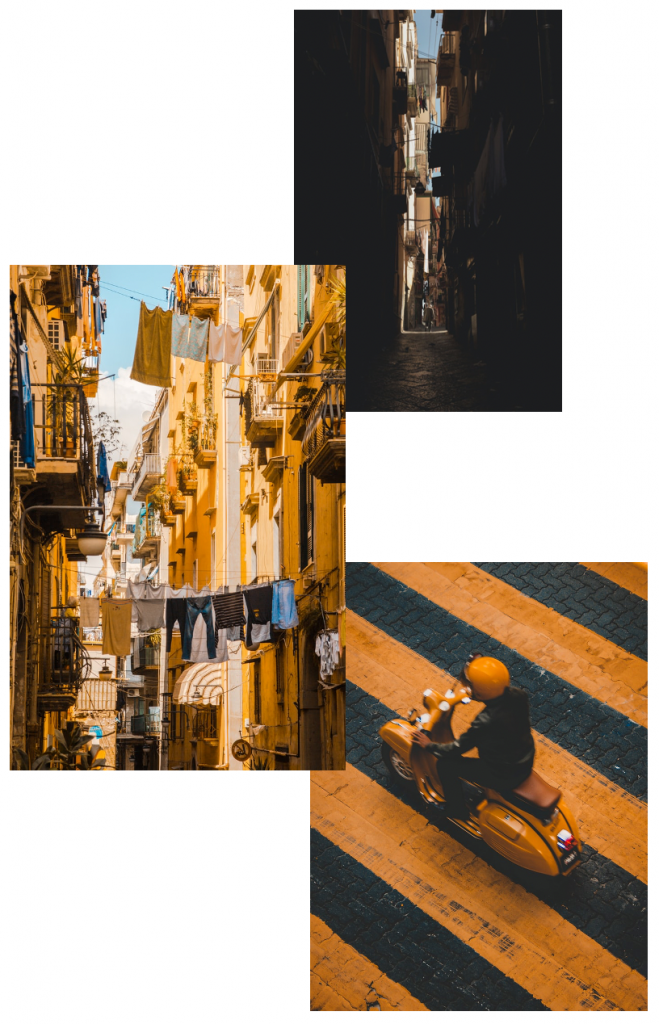 What is needed now to calm your nerves is food. Good food. Fortunately, this is another of the things in which Naples abounds. In the worn-out cobblestone streets of the city, piled up against the dull backdrop of abraded facades, the displays of fruit and vegetables are festive, orgiastic even. An abundance of colours, textures, and forms assails the eye. Overwhelming to the visitor, it is a sight from which only the locals really know to unlock the full aroma – a knowledge so rich, it keeps feeding the world from delivery pizza bakeries to fancy restaurants all over the globe.

While you are in the place where the real thing can be had, make sure you try as much as you can. If it’s arancini, the fried rice balls that look a little like oranges and originated as a primo piatto made from left-over risotto, aqua pazza, a soup from fish that has been poached in seawater and is otherwise flavoured by nothing more than olive oil and tomato, or Gatto di’ Santa Chiara, a dish based on mozzarella, potatoes and leavened dough in which the French history of Naples’ Parthenopean Republic lives on – Neapolitan cuisine tends to mask as simple. Until you get to lay your eyes on a sfogliatella riccia. 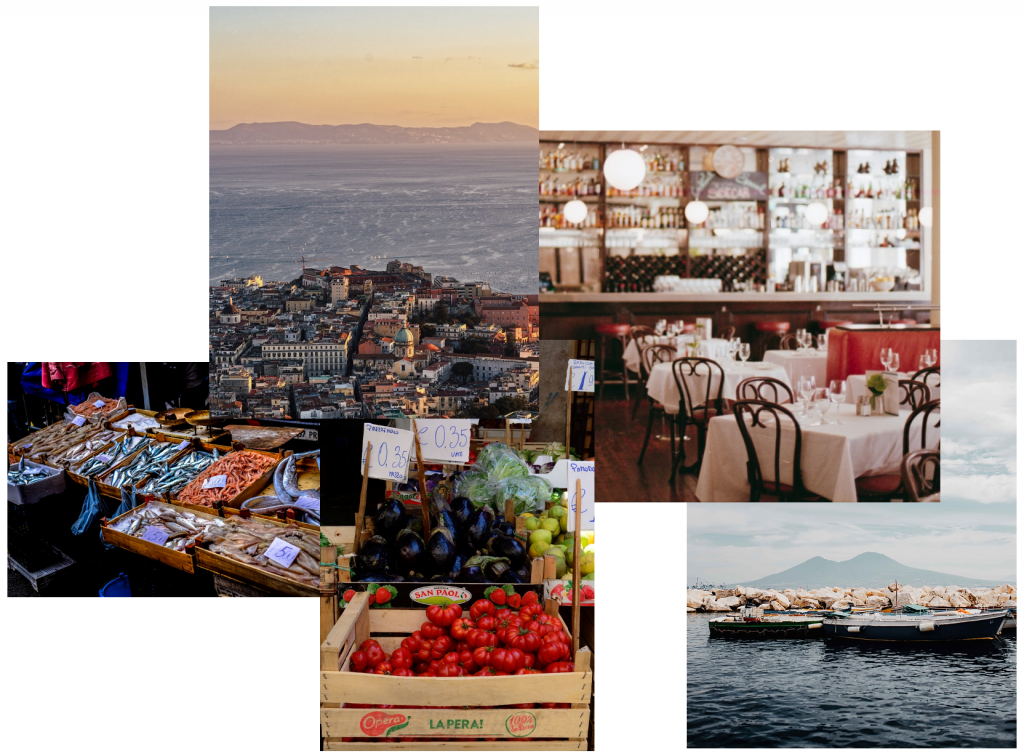 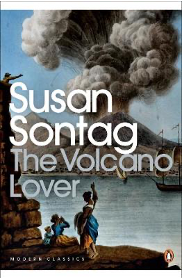