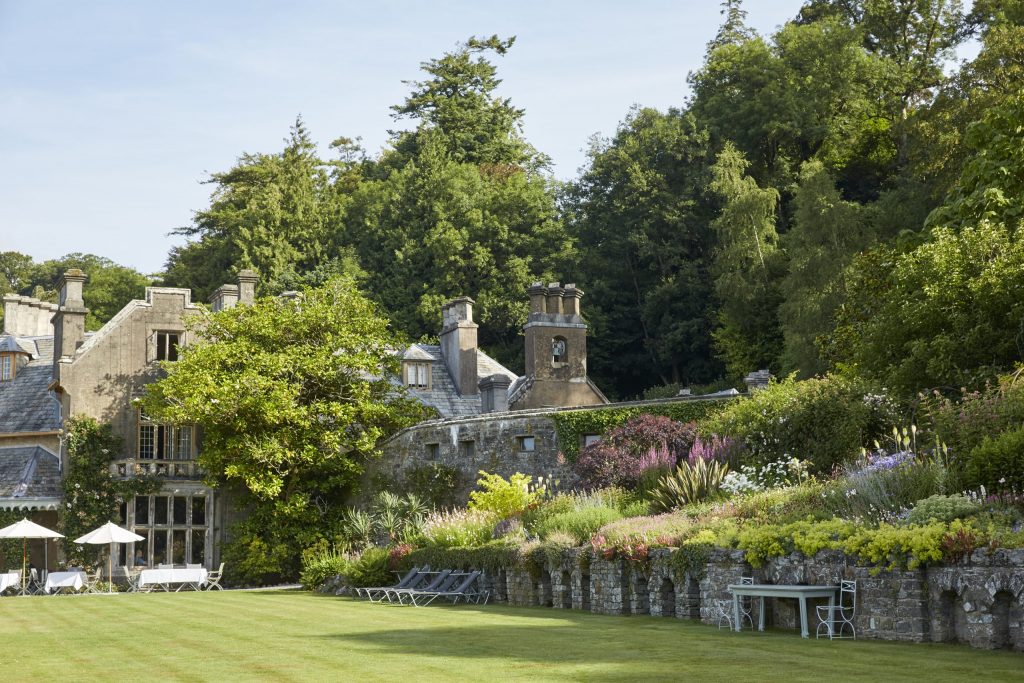 “House, Garden and Children alike charming”: With E. A. Delafield to Devon

If we were to talk literary history – not that anyone would want that really, but let’s just pretend for a moment we do – E. M. Delafield’s ‘Diary of a Provincial Lady’ would have to be discussed as the historic model for the one of Bridget Jones. The silent monologues (if you want the technical term, it’s soliloquy) of the disaster-prone housewife from Devonshire about the challenges encountered in the form of taciturn men, boastful neighbours and the general defiances of social life in Britain of the late 1920s form the urtext of Bridget’s – “Oh God. Must put sheets on bed!” – ‘notes to self’. (Yes, the plural of soliloquy is soliluquies. Or was it soliloquyoi? Must remember to finally learn French!)

With summer coming, it is time not only to go light on the thread count of your Egyptian cotton sheets (Must remember that Maude said to get Percale weave this year!) but order a new stack of lighter reading. Good thing that there are all together five little volumes into which the curiously dry-witted, ungrammatical reflections of Delafield, written originally as a column running weekly first in Time and Tide and then in Punch, were bound.

Born in East Sussex as Edmee Elizabeth Monica de la Pasture in 1890, Delafield was anything but an ordinary housewife. At twenty one, she had entered a French convent in Belgium. Worldviews collided – in particular hers with that of the mother superior’s – and she was out again 18 months later. Working as a nurse during World War I, she published her first novel in 1917, on which, from thereon, one or two titles followed every year, and which regularly made it onto the best sellers lists.

Diary of a Provincial Lady was in many respects an autobiographic account of the various storms in a teacup that a life as an upper-middle class mother of two with a French nanny would hold in stock for her in the Devonshire village of Kentisbeare. Delafield’s own mother was a well-known novelist who wrote under the name Mrs Henry de la Pasteure and was apparently much admired by Evelyn Waugh. Her own pen name – de la Field – was a play on her mother’s pastoral choice for a pseudonym. 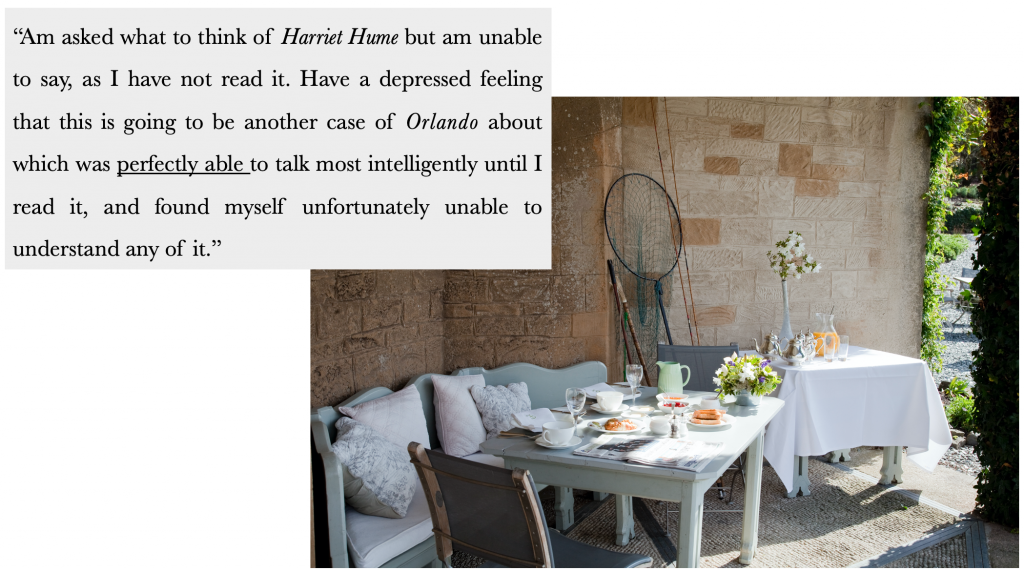 Delafield’s obsession with style, taste, and social performance, paired with a persistence on her own ordinariness was the tone chosen by a number of English and American women writers of the 1920s and 30s, whose witty musings about self and society turned them into small-scale celebrities – think today’s yummy mummies without an Instagram account and a bigger bookshelf.

For many of these writers, taste in books was an important indicator of character. In the Diary of a Provincial Lady, reading, and books in general are a central topic. Typically, the heroine’s imaginary exercises to fashion herself into literary characters are interrupted by intrusion of minor issues arising with major ado in the domestic domain. 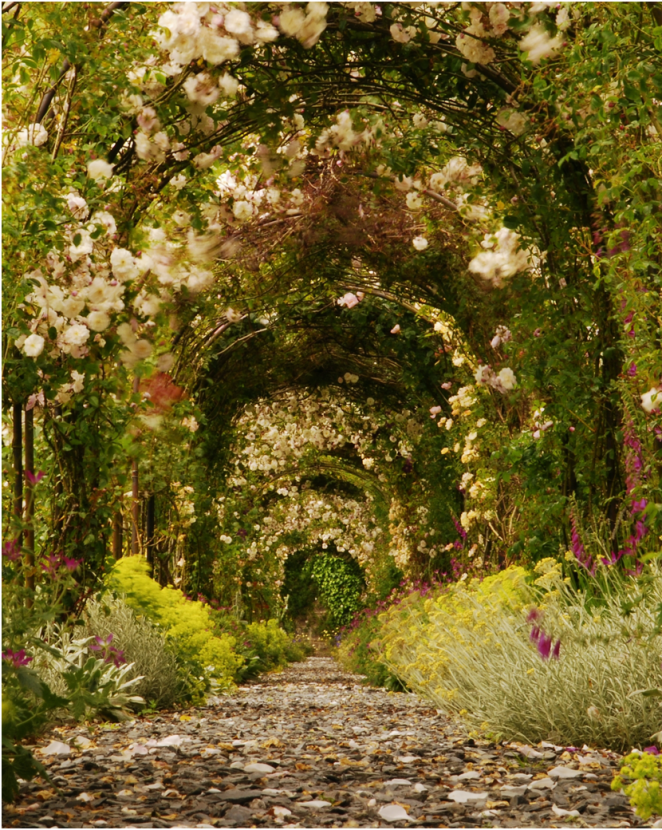 “Notice, and am gratified by, appearance of large clump of crocuses near the front gate. Should like to make whimsical and charming reference to these, and try to fancy myself as ‘Elizabeth of the German Garden’ but am interrupted by Cook, saying that the fish is here, but he’s only brought cod and haddock, and the haddock doesn’t smell any too fresh, so what about cod.”

The wit of the Australian born novelist Elizabeth Countess von Arnim was praised as one of the finest of her days. Having married the Prussian aristocrat Henning August, Graf von Arnim-Schlagenthin, who was 25 years older than her, she struggled to integrate herself into German high-society. Her first novel, an immediate success, detailed this struggle to get away from the social awkwardness inside the grand, but stifling house and create a garden for herself  – rather than, as Virginia Woolf had done, a room of her own.

High modernist writers like libertine Virginia might have ridiculed the ostentatious self-fashioning of English housewives as ‘unpretentious’ for being hopelessly middle-brow, but to thousands of mothers talking silently to themselves while managing the family office – erm, home! – Delafield’s provincial diaries were the funniest, smartest and most lovable books of all. 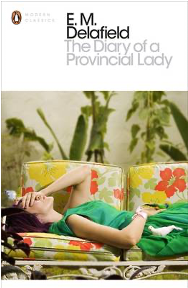 Where to take it

A Regency fishing lodge set just high enough to command beautiful views over rolling green hills, the Endsleigh Hotel has been called the prettiest spot in Devon. And oh, it is so true. Sitting in the Tamar valley at the border of Devon and Cornwall, the hotel is nestled into one-hundred acres of wildly romantic garden that were originally designed by Humphrey Repton, one of the last great landscape designers of the eighteenth century, whose vision of rose-wretched arches, secret grottoes, and ancient trees is today lovingly guarded by Endsleigh’s head gardener.

Built for Georgiana Russel, the Duchess of Bedford, in 1812, the wood-paneled halls and chambers of the house have been restored by its modern-day owner, Olga Polizzi, the younger sister of Sir Rocco Forte, whose talent for bringing to light the genius loci of every place she touches might have created her greatest masterpiece yet.

Book into one of the 18 luxurious rooms of the cottage orné, which await you with an updated version of the picturesque setting for which they were designed. Decorated with hand-painted wall paper and antique bathroom fittings in keeping with the building’s period, they are every bit as homely as the downstairs drawing rooms with their roaring fires and plump sofas. Should you intend to stay a little longer – which is highly recommended – the separate cottage of the family suite makes an even better choice.

Endsleigh was created as a place to indulge in the beauty of the English countryside. Following the opening of the hotel, the pleasures of the cottage’s ample grounds, its heritage flora and many hidden follies now come with a team dedicated to five-star hospitality. Enjoy your day strolling the endless gardens – getting the one or other tip from the secret book of Endsleigh’s shrewd gardeners – or get into a pair of wellington boots standing ready in all seizes and head out with the ghillie for some salmon fishing. 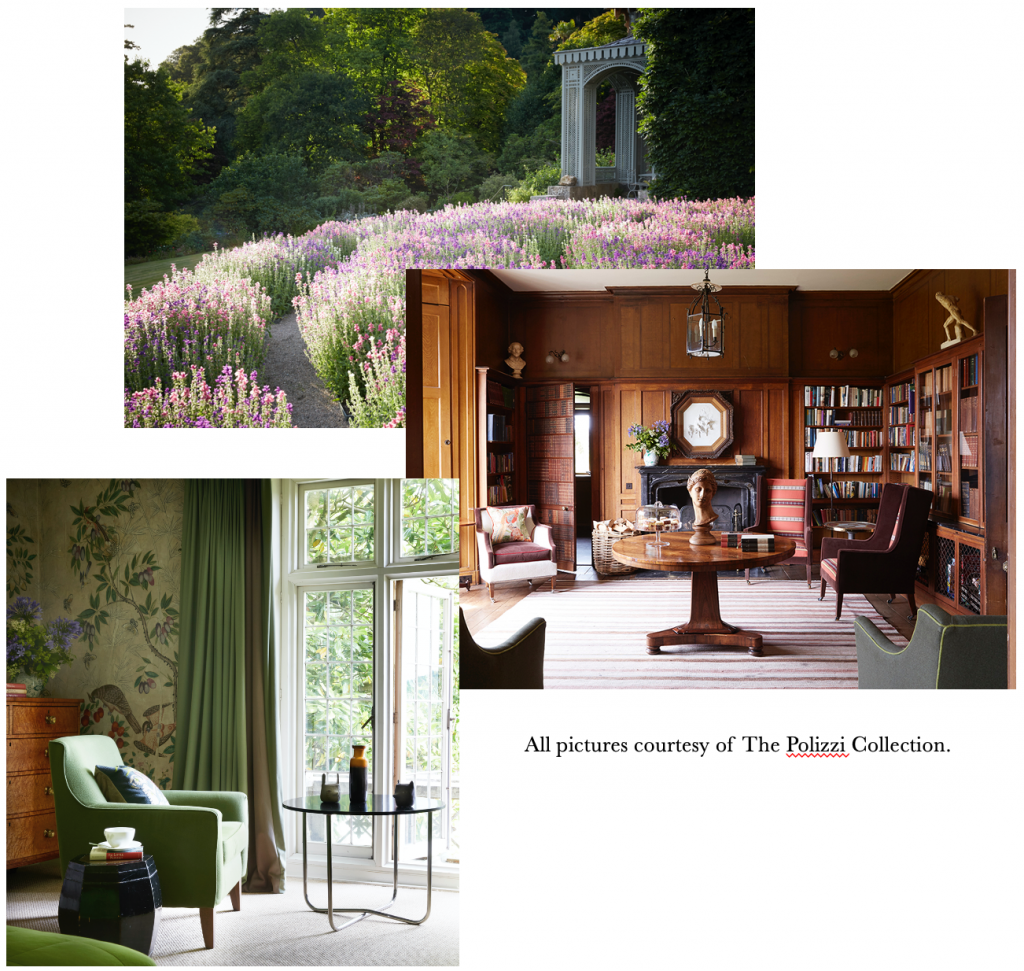 For the Pleasures of the Imagination: The Long Chair at Strawberry Hill →