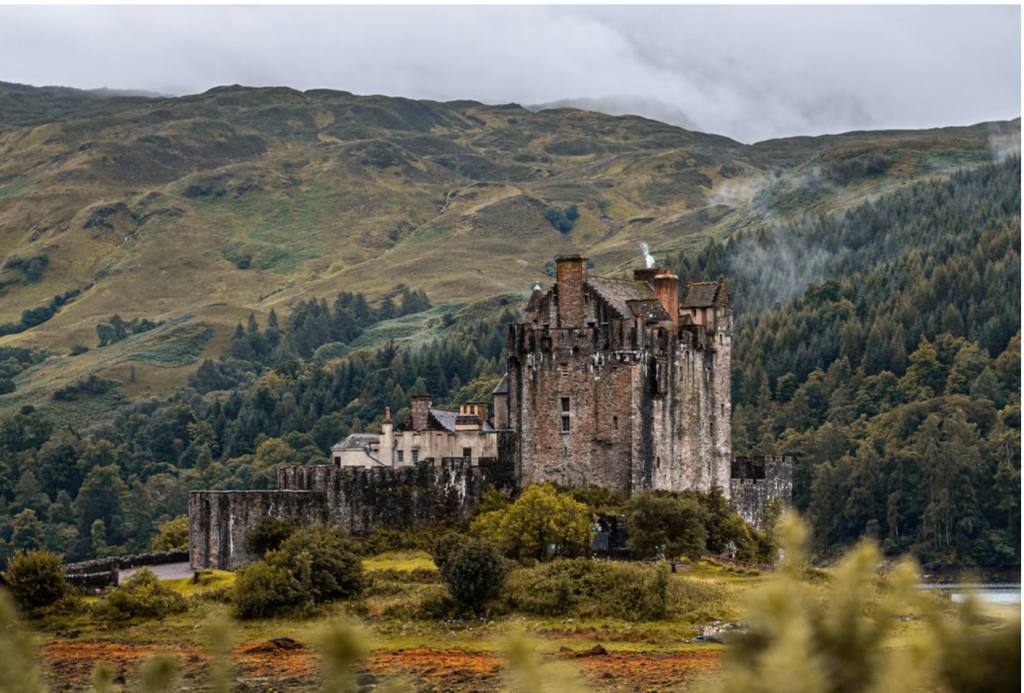 “I am sometimes
bored by people, but never by life.”

Before Nancy Mitford wrote her wildly adored Love in a Cold Climate and The Pursuit of Love, the two novels that established her literary reputation, she penned down a charming little story about the on-again off-again love affair between the lovely yet neurotic Jane Dacre and Albert Memorial Gates, a dashing, eccentric aristo, who sports tight orange plaid pants with crepe-de-chine blouses, and is trying to decide whether he wishes “to be a great abstract painter, a great imaginative writer, or a great psycho-analyst”. Mitford’s first novel, while often overlooked, is also her most screwball piece; a possibly yet undiscovered treasure for all Mitford fangirls – and boys – and the prefect start for the novices to the club.

The charmingly rabidiculous antecedents to the main story’s unfolding on Dulloch Castle have Sally, a cash-challenged heiress and her newly betrothed husband Walter, who, despite a standing account at Cartier is – you guessed it – equally destitute, suddenly find themselves in the situation of having to go to the Scottish highlands and play house at the northern abode of Lord and Lady Craigdalloch, who had to unexpectedly abstain from attending (don’t ask) several large shooting parties they are themselves hosting there in August and September. Yikes.

Obviously, Jane and Albert – thought by Sally & Walter to make the prefect match – are asked to come along, and Albert, who thinks this a unique chance to see a place “so impregnated with the nineteenth century” and therefore now “so démodé”, is bait right away. A month later, Jane, magnetically drawn to Albert, also boards the Scotch express, and from there the revels of cynical repartee take their course.

Highland Fling is generally thought to have been written as a thinly-veiled account of Mitford’s infatuation with Hamish St. Clair-Erskine, son of the 5th Earl of Rosslyn, a friend of Evelyn Waugh at Oxford – and the lover of Tom Mitford, Nancy’s brother. Like the real-life Nancy did before she emerged reformed from her first marriage, Jane registers as one of the women waiting for marriage to transform their life – which did not keep her, of course, to meanwhile “fall in love right and left”, and have “many violent but short-lived affairs”. But Albert, who at Dulloch explains to the spinsterish Lady Prague that he took ‘Memorial’ in addition to his baptismal ’Albert’ out of admiration for the Albert Memorial, becomes more than an affair for Jane. “Albert looked particularly alluring in an orange crêpe de Chine shirt open at the neck, and a pair of orange-and-brown tartan trousers, tight to the knees and very baggy round the ankles.”

Nancy – the oldest of the notorious Mitford sisters – was born in 1904, as first in the parade; followed by Pamela (after whom came Tom), Diana, Unity, Jessica, and Deborah. Their legendarily eccentric father, David Freeman-Mitford, the later 2nd Baron of Redesdale, would not allow his daughters to attend school – a sin for which life repaid him dearly in form of the endless scandals by which this cluster of unchallenged minds kept feeding the sensationalist press of the British interwar years.

As the shooting parties in the highlands keep stirring up life in the moors we begin to see that Albert’s love for things Victorian – a level on which Jane believes to have a deeper connection to him that only needs revealing – is in fact driven from somewhere very different than the frequent references to Victorian glory that Janes herself proclaims at Dulloch. Infatuated with adoration for her grandparents, who in her eyes embodied the apex of high society, Victorian England, for Jane, was the last golden age.

Shining through in Jane’s words was of course the love for the glamour and vanity-saturated social life of Mitford’s grandfather Thomas ’Tap’ Bowles, the journalist turned mogul, who had founded The Lady and the British Vanity Fair. A marriage to Albert, in Jane’s eyes, would be her version of that between Queen Victoria and her Albert, who – on the outside – lived one of the greatest love matches of all time.

In real life, Hamish St Clair-Erskine announced to Mitford in a brief phone call that he was going to marry the daughter of a London banker. A mere month after the news, Mitford married the solider and idler Peter Rodd, the son of a diplomat, with whom she believed to have made a very respectable match. Instead as is well known, a move to France (there you have it), a broken heart, and many more books followed. Before we go there, and (re)read the forever sparkling accounts that resulted from Mitford’s later pursuits of love, we should not skip the precocious wisdom that Highland Fling affords its reader: Jane put her head on his shoulder. She had never been so happy.
‘When did you fall in love with me?’
“The first time I saw you at Sally’s’.
‘Did you? Fancy, I thought you seemed so bored.’
‘How beautiful you are!’
‘Am I?’
‘Don’t say “Am I?’ like that, it’s disgusting. Yes you are – very!’
’Oh, good. Albert?’
‘Yes?’
‘Shall I come and live with you in Paris?’
‘Well, wives quite often do live with their husbands, you know, for a bit, anyhow.’
Jane sat up and stared at him.
‘Do you want to marry me?’
‘But, of course, you funny child. What d’you imagine I want?’
’I don’t know. I though you might like me to be your mistress. I never really considered marrying you.’
‘Good gracious, darling! What d’you suppose I am? An ordinary seducer?’
Jane grew rather pink; it sounded unattractive, somehow, put like that.
‘And may I ask if you’re are in the habit of being people’s mistress?’
‘Well, no, actually I’m not. But I should love to be yours.
‘Albert, don’t be so childish. Have you no modern ideas?’ 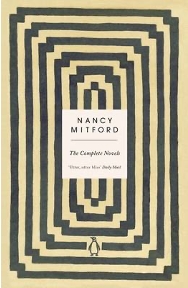 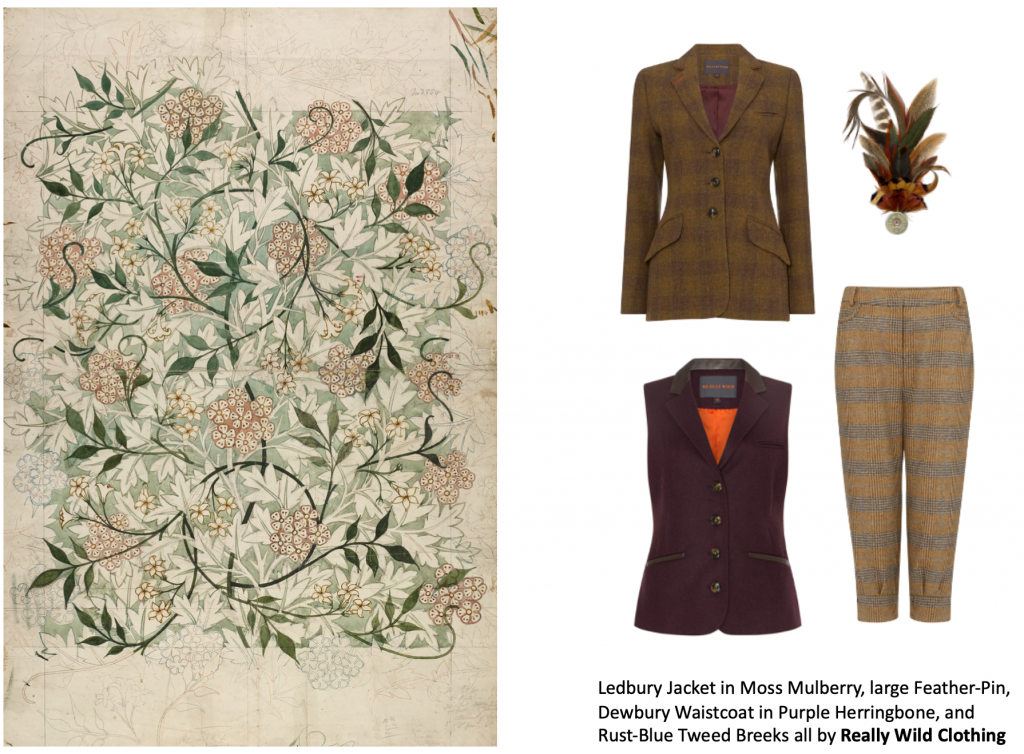 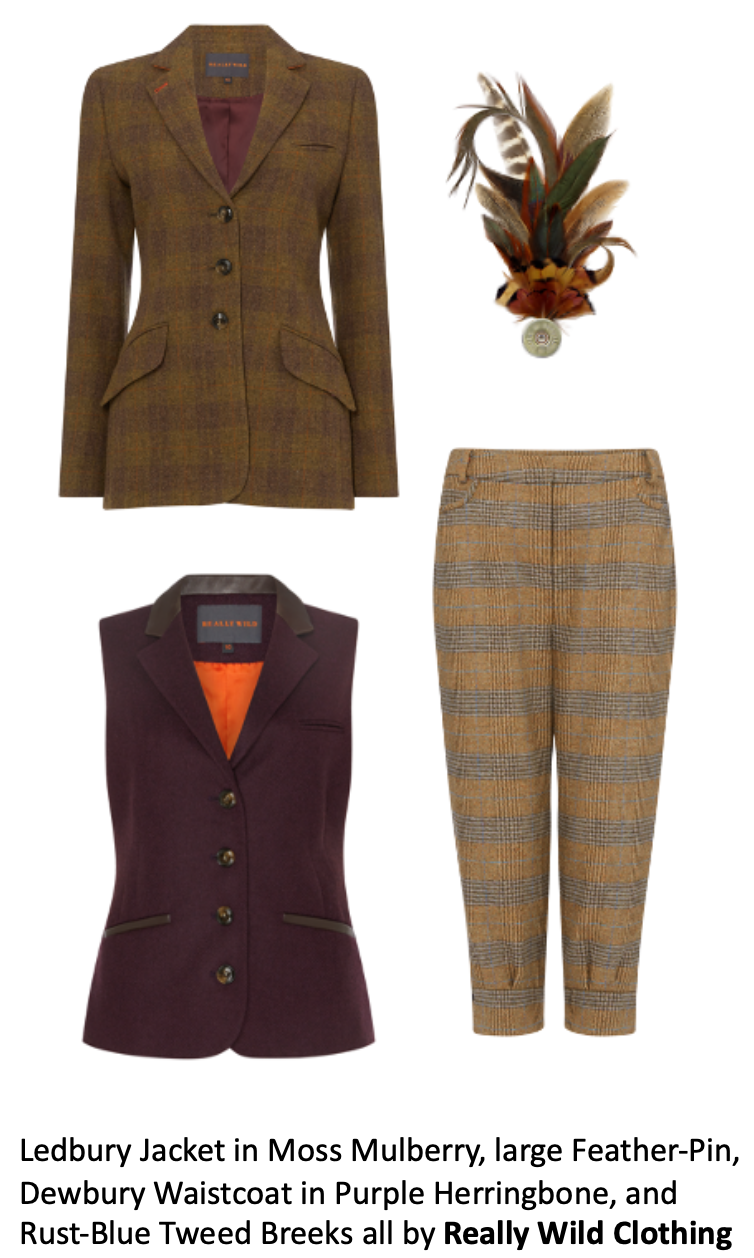 WHERE TO TAKE IT

There are few places that embody the idea of an escape to the Highlands in such an iconic way as the Torridon. Following a scenic drive over winding roads, you will find the grand Scottish Lodge sitting at the shore of Loch Torridon, which – provided you make it out of bed in time – will reward you with a most glorious sunrise in the morning. Built as a hunting lodge for the first Earl of Lovelace, it saw numerous glamorous evenings during the reign of Queen Victoria, to whom many details in the original wood panelling still pay tribute.

The individually designed guestrooms and suites have been refurbished in keeping with the period, but await with modern comfort and inspiring displays of colourful textiles. The hotel has a number of tailormade activities available to spend the day outdoor – of which the most sublime might remain to walk the beautiful landscape surrounding the Lodge on a long, silent walk. Come dawn, the restaurant serves seasonal dishes and Scottish favourites prepared from the hotel’s own garden and farm, that will ensure the prefect end of a jolly good day. 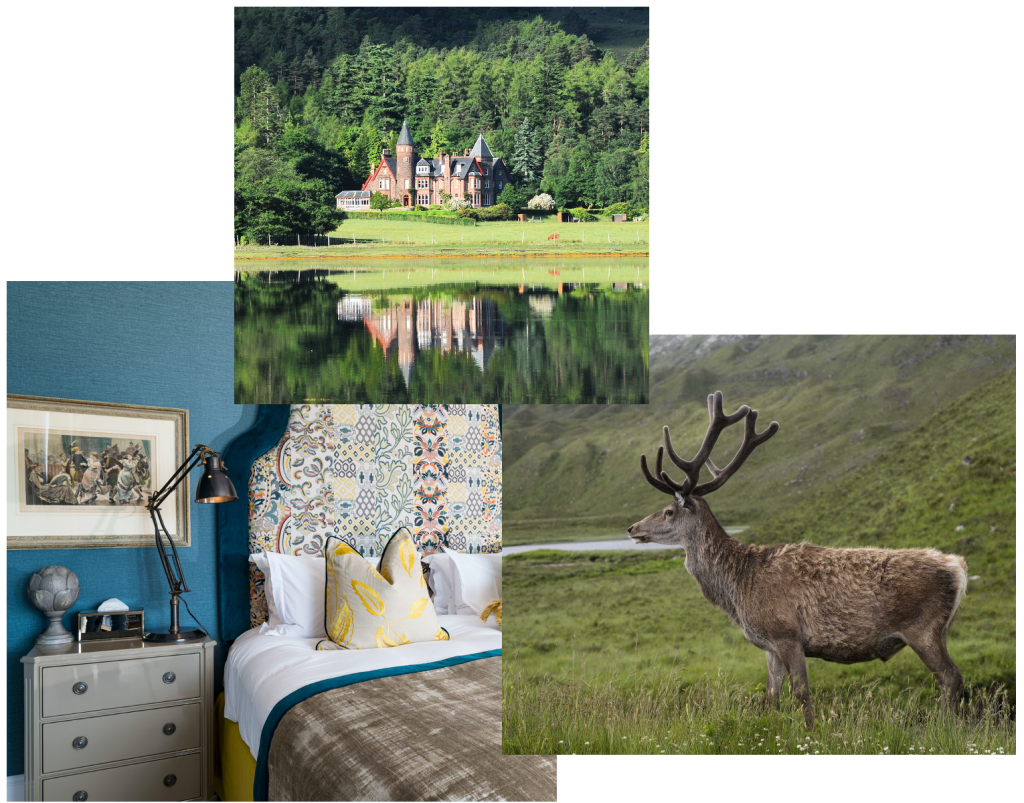