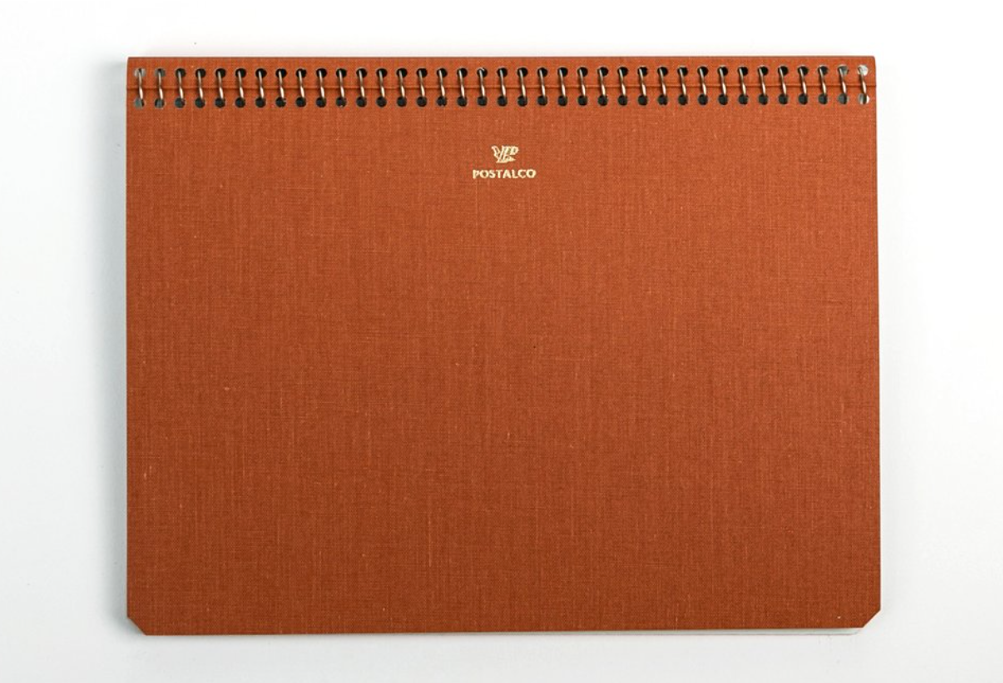 by CH | Feature, Read in Style

So are you more of a smooth muser or an everything organized to the dot maker of notes? Either way, when genius strikes, you want the perfect ratio between pen and paper. Different grains make for different sensations, and – don’t we all know it –  writing can be an intoxicating affair. Well, for the paraphernalia needed to pin down your thoughts in style, there is one address that you have to know.

New York City commands myriad ways to keep you distracted. Between the MMA and the MOMA, Fifth Avenue and Wall Street, Cipriani’s and the Chef’s Table at Brooklyn Fare, you can spend all day – and night – hailing a cab up and down Manhattan to catch up with your social life; as you should.

But for one of your annual trips to the big city you deserve to touch down without letting anyone know, and gift yourself two days to take all the time that’s needed to comb through New York’s SoHo district and stock up on ring bound inspiration 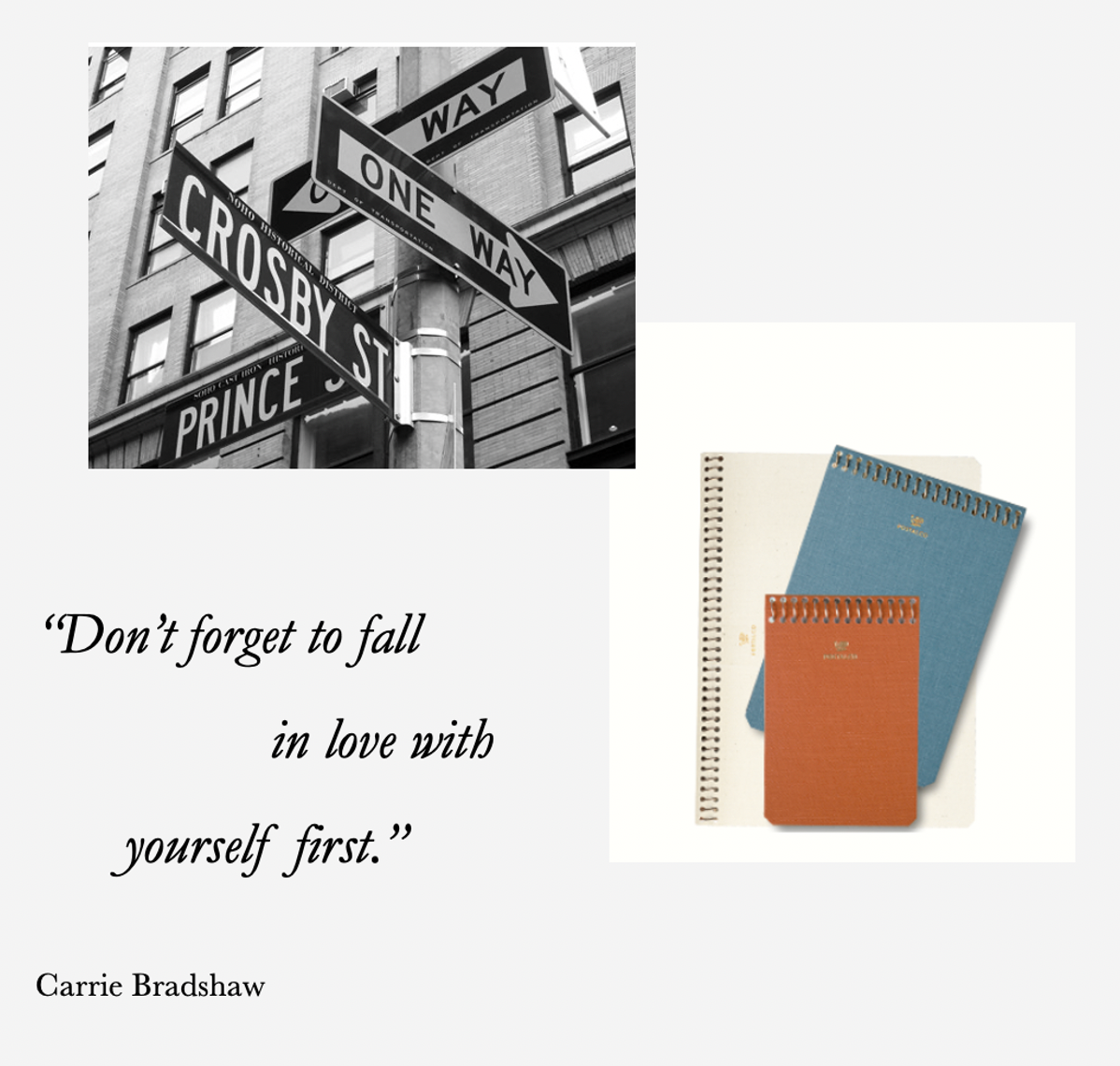 SoHo is where the rhythm of New York traditionally changes from that one big swoosh of busy life, to the soft staccato that the wheels of your cab begin to make the moment it turns into the cobbled streets below Houston (i.e., South of Houston – which is why it is SoHo, not Soho …) Po-tay-to, Po-tha-to. Apart from being the habitat of fashion entrepreneurs and the most fancy outlets of the hippest designers, the district also possesses the highest density of independent booksellers in all of New York State. Gucci opened it’s very own, Dashwood Books curated bookstore there in 2018 – which tells you a thing or two about the new sexy of being well read.

But back to the matter at hand. Once you have satisfied the most urgent desires, (quick check for new beauty products at Bloomingdales, brief-ish high-focus-browse of McNally Jackson Books on 52 Prince Street, and, that long yearned for favourite sandwich from Dean & Deluca – sigh) its time to go after the goodies at Mulberry Street 234.

Goods for the Study is the name of the small shop that will make a writer’s wrist flounce with joy in a way that otherwise only a new bangle from Tiffany’s could. Born from the collaboration of two women who know about precious paper – Sandeep Salter, the former Architecture, Art and Design Book buyer for McNally Jackson Books, and Sarah McNally, the owner of the same – the shop has upped the level of sophisticated scribbling in NYC since 2013. Most importantly, they supply their artsy neighbourhood with the profound pleasure of Postalco notebooks. 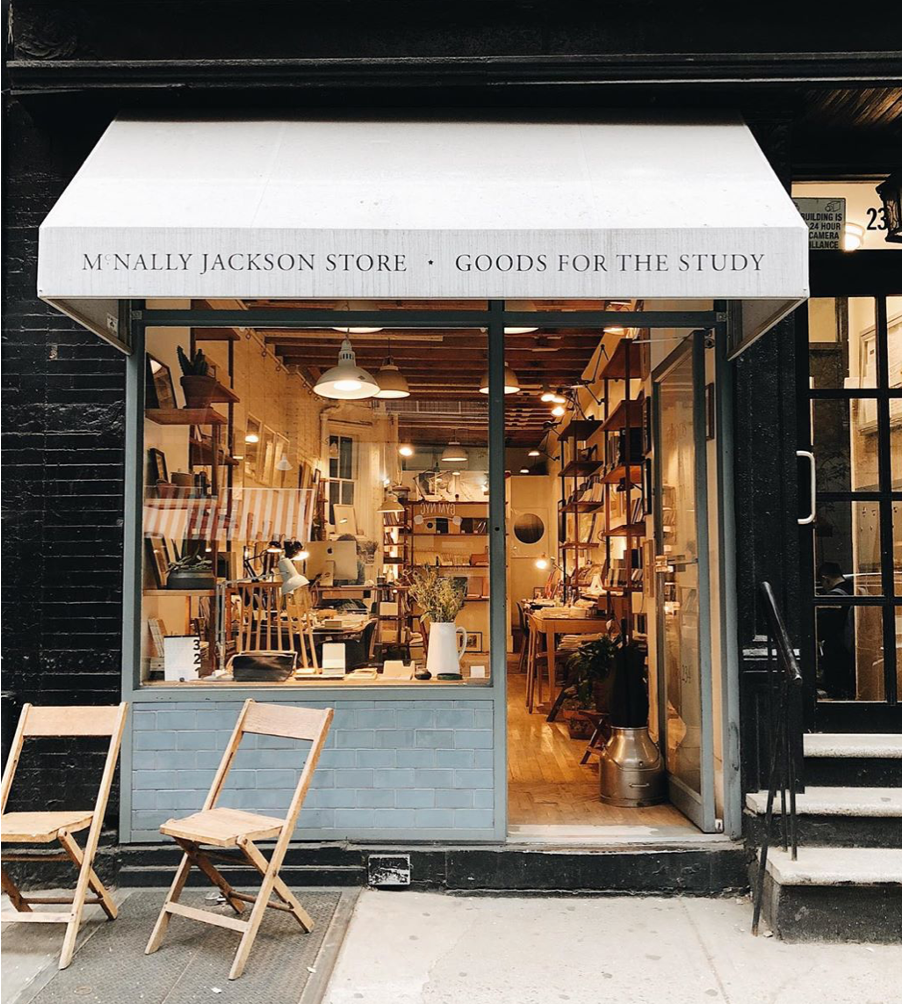 Founded two decades ago in Brooklyn, Postalco partnered up with the Japanese paper mill Awagami, whose Fujimori family produces paper for artists and creators in the seventh generation. Based on heritage craft skills and traditional methods, Awagami produces its paper from natural, fast growing fibres – Kozo, Bamboo, Mitsumata, Gampi and Hemp – that do not require heavy chemicals in production. In result, the notebooks’ lightly-textured pages of calm-blue 1mm pin-graph paper that is bound together by a steel spiral provide the ideal ground for running down ideas at perfect ease.

Of course you can order all the goodies from Mulberry Street 234 also online and have them shipped to your doorstep, but the notes that you take after unboxing will have to do without the stimulating buzz of old-school American intellectualism that New York has managed to conserve in times of fake news and 280-characters-cognition-spans. To make the most of this inspiration, be sure not to see it all straight away being overwritten by the next soirée of small-talk, but keep flying under the radar and check yourself into on of SoHo’s high-rise hotels to retreat from the city’s noises and contemplate life from above. 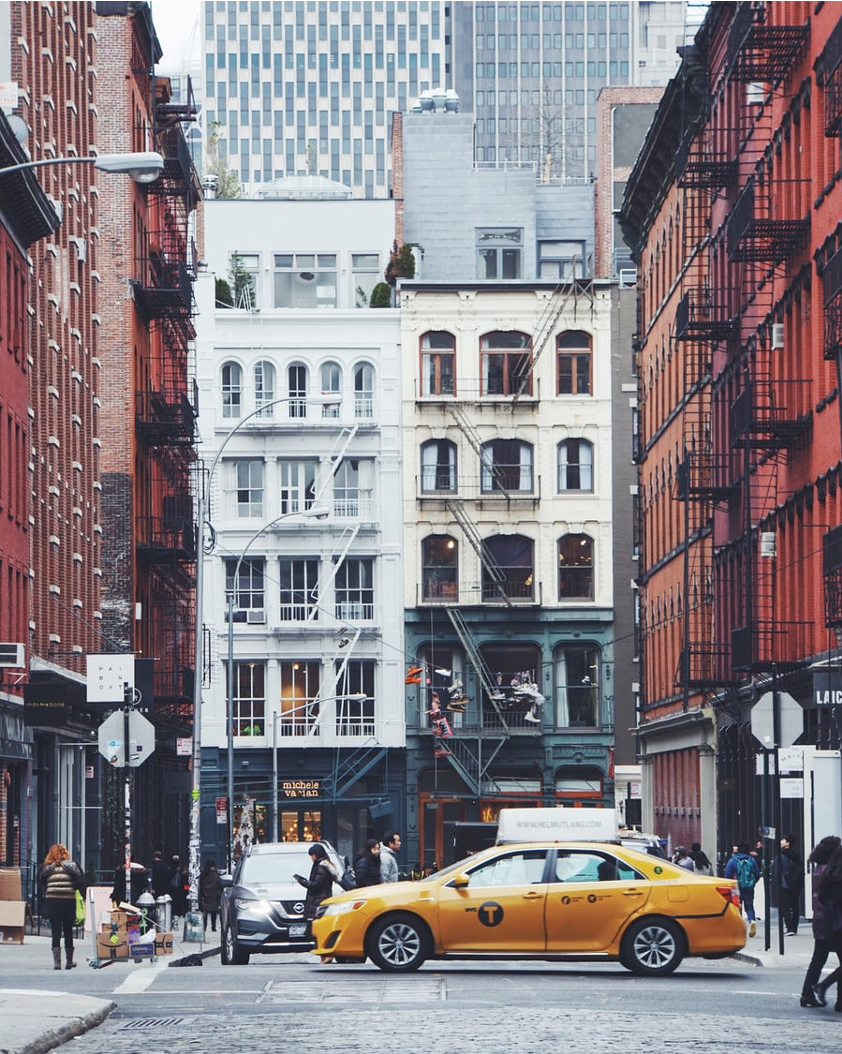 With its fabulous bar and restaurant, its leafy courtyard, own 99 seats cinema, Firmdale’s Crosby Street Hotel might not strike you as a place to get away from socializing – in fact it is plush drawing room, and breezy sculpture garden provide a splendid venue for your next private or not so private event. But once you have entered the elevator and waft up the floors away from its pet-friendly lobby, Crosby Street Hotel is the perfect spot to spend a day right in the heart of New York – 11 floors above ground.

The best feature of any of the individually designed, spacious rooms  and suites with their floor-to-ceiling warehouse style windows, is a small but long upholstery pillow that sits on the futon-high window bench. Here you can sit right behind the window, feet up, resting against the wall and enjoy the view over lower Manhattan.

If you book yourself into the Meadow Suite on the second floor, you trade this view against your own private garden and break in your new notebooks with your feet in the grass. What was that Sinatra song?: Oh, the good life, … 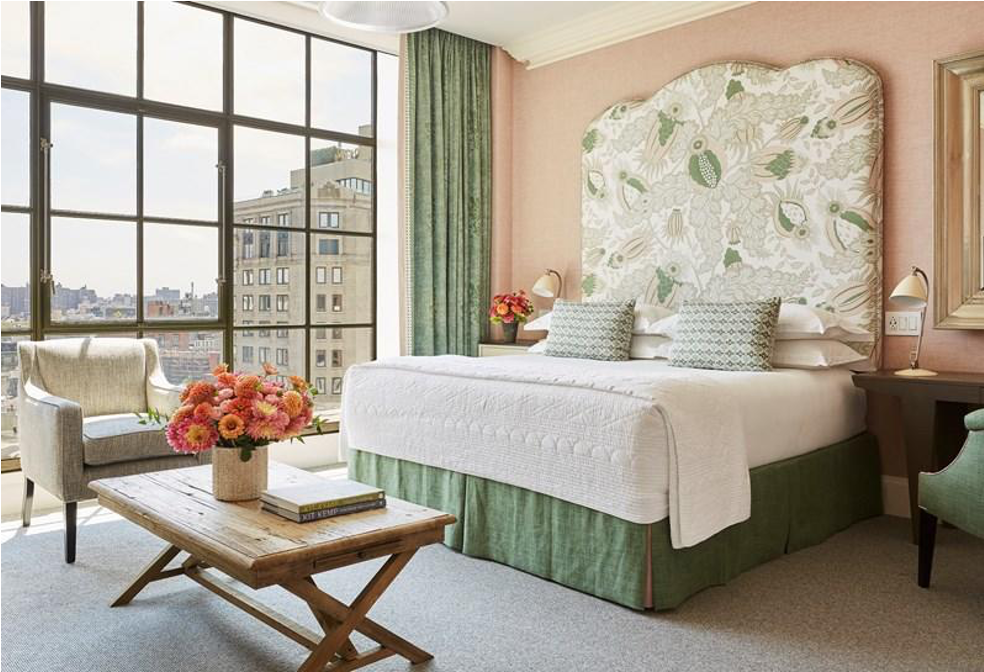