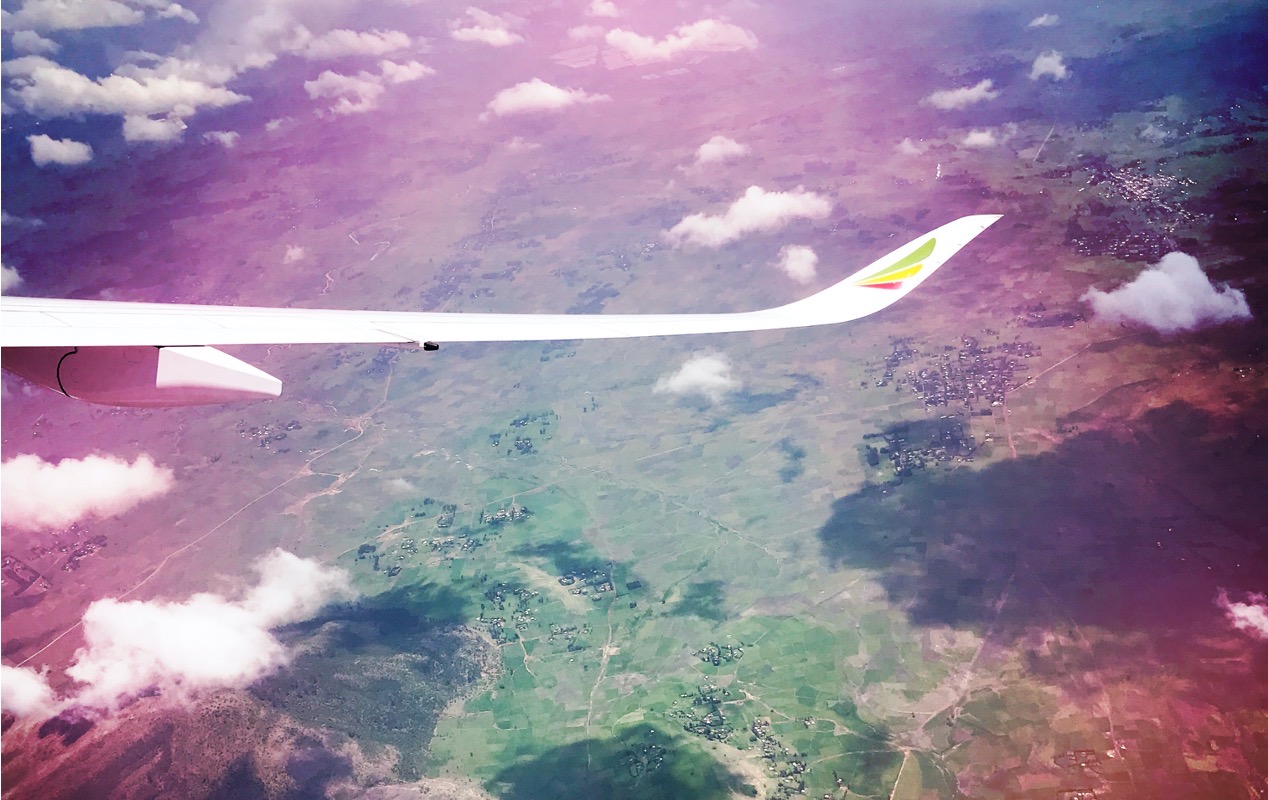 “Hope can never come from doing nothing”.

Evelyn Waugh, the witty, much adored, and in many ways notorious English novelist, does not need an introduction. The same can be said – if not already than certainly very soon – about MaazaMengiste, whose The Shadow King has just been longlisted for this year’s Booker Prize. That Mengiste’s most recent novel now stands next to my copy of Waugh’s Whaugh in Abyssinia, does, however, warrant a bibliographical explanation – which is why we have picked the two for the first post of our new series: the bibliography.

While Mengiste’s novel starts in 1974 and jumps back and forth between different times and places, it’s narrative unfolds during the second Italo-Ethiopian war, which raged from October 1935 to February 1937. The book tells the story of Hirut, an orphaned Ethiopian girl who is taken into the household of Kindaneand his wife, Aster, to work alongside the enslaved cook. Mengiste writes about this war from the rare perspective of the female warrior. We are not talking about the female solider who carries out a military operation alongside her male comrades in a contemporary American war film, but a woman – Aster – joining the rebel force led by her husband against his will. And it is him, whom she has to fight against first of all, before she and her group of female warriors can go to war. How this notion – to defend ‘her country’ – is a difficult one to grasp for a woman who has never been further away from the place she was born than three miles, is one of the many remarkable questions Mengiste explores in her book. 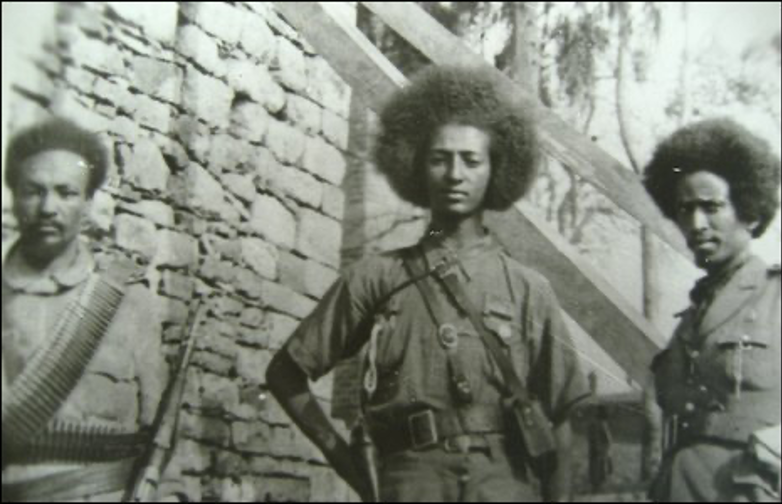 Mengiste has composed her novel – a historical fiction as much as it is a piece of history writing – from careful historical research, accounts of oral history and fiction writing that pays attention to rather than brushing over the compounded histories and psychological states of the characters whose story she chose to tell. Mengiste’s own great-grandmother had been among the women who fought against the Italian invasion in 1935; a fact that, tellingly, she did not learn about until her research of Ethiopia’s females soldiers was long done and the book almost finished. And one that made her, and her readers wonder about the editorial processes at work – consciously or unconsciously – in every house and every family in the passing down of memories, and the effect this has on the generations who receive these edited accounts.

Edited history is what it would also be fair to call Evelyn Waugh’s account of the coronation of the Ethiopian emperor Haile Selassie on 2 November 1930 in Addis Ababa. Selassie, who claimed direct descent from Makeda, the Queen of Sheba and King Solomon of ancient Israel, inherited the rule over a realm that had subjugated the people and kingdoms of what today is western, southern, and eastern Ethiopia under Emperor Menelik II. The coronation was anticipated to be a most glamorous affair, and Waugh, at the time short for money, was glad to scoop up the job to cover it for various English newspapers.

He left London for the land that in Britain was at time only known as Abyssinia, in October 1930. His report, which was republished as a Penguin book years later, would soon be remembered less for its account of the spectacular ceremony than for the satirical tone of its comments on the fact that the timely reporting of the internationally significant event would have afforded to have it written and cabled to the printing presses back home days before Selassie got into his coronation robes.

In Mengiste’s novel, The Shadow King is called to the battlefield as a stand-in for Emperor Selassie, who had chosen to leave Ethiopia in 1936 to seek political asylum in Britain, and would spend five years in exile in Bath. Back on the battlefield in Ethiopia, it is a peasant with features similar to those of Selassie who plays the role of Emperor to help rally the dispirited soldiers. Hirut, after a gruesome punishment for wanting to carry a rife – her only inheritance – and go into war herself, is ordered to serve as his guard. The humiliations and assaults Hirut has to suffer throughout the book make her rather unforgettable. Less because of their merciless depiction, but because Mengiste narrates her as a resilient character, determined not to think of herself as a victim; at some point “no longer afraid of what men can do to women like her”.

When the Italian army attacked Ethiopia without a previous declaration of war from their colonial base in Eritrea, Waugh was send back to Addis Ababa by the Daily Mail – which kept a firmly open mind to Mussolini’s fascist projects – to report first hand on the Italian invasion. For the trip, the Daily Mail equipped Waugh with his first (and last) typewriter. The novelist and the machine would not get along well. Waugh would never shake his disdain for the feeling of not writing by hand, recalling in years later while writing Scoop, how “the keys rose together like bristles on a porcupine … curious anagrams appeared on the paper before him … still, he typed”.

Waugh arrived in Addis Ababa the second time round together with a trainload of journalists that had come from all over the world. With amusement he protocolled the acquaintances made: There was, apart from the Latvian colonel who at some time in the past had been a ringmaster in a German circus, a “Sudanese, who travelled under a Brazilian passport and worked for a Egyptian paper”; and a journalist from the United States “clothed always in dingy black’ and producing “imaginative dispatches of great length and flamboyance”. 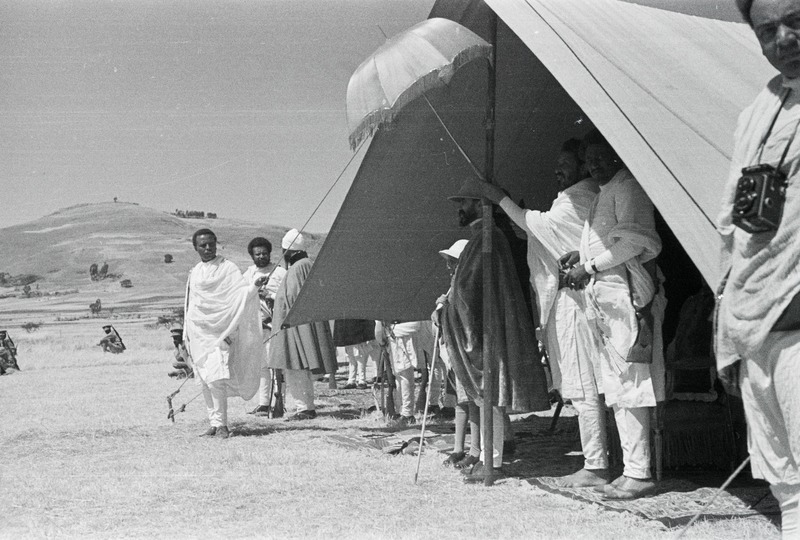 Like him, they all were expected to cable hot news for the printing presses back home – even though when they arrived, the Ethiopian capital was still largelyunaffected from the altercations between the Italian and the Ethiopian troops. As Reuter’s would instantly transmit the official government communiqués, ‘”the hordes of competing journalists” had to procure the material of their reports by other means. “An exclusive lie”, would Waugh later note in Waugh in Abyssinia, published in 1936, “was more valuable than a truth which was shared with others”.

We know Waugh as the witty snob, controversial already among his peers, whose mockery of the age in which he lived continues to peal to the present day. The ironic distance with which he observed the production of fake news during the second Italian invasion of Ethiopia, rings all too familiar today. In 1935, the rumour of an air strike on an Ethiopian hospital – that turned out to never have existed – was reported by The Times as the tragic death of an American aid nurse, who, so it was hoped, “did not die in vain.” Waugh subsequently received a cable from the editor of a New York newspaper: ”Require earliest name life story photograph American nurse upblown in Adowa!”. Keeping it short, Waugh cabled back: “Nurse unupblown!’.

Anyone who has acquired cursory reading of Waugh’s written work – cursory beyond the sugar-coated revivalisms of his Brideshead Revisited that is – knows Waugh the racist, anti-Semitic, reactionary misogynist. Those who have progressed below the surface know that his cynicism was just as merciless with the whimsical dependence of his fellow countrymen on an apparatus of pompous protocol to hide the hysteria caused by the experience of leaving familiar territory.

The persisting damage of Waugh’s accounts of his sojourns in Ethiopia, however, is that the narrative of the second Italian invasion and the ensuing Italo-Ethiopian war is that of a faint, fantastical episode that happened in a land called Abyssina, “a savage place which Mussolini was doing well to tame.”

Mengiste’s Shadow King, there is no doubt, will re-write this distorted reception. Apart from Hirut’s, the book also tells the story of Carlo Fucelli, an Italian colonel with a sadistic inclination, and Ettore Navarra, a Jewish army photographer who worries about the fate of his parents back home in Italy while having to take pictures of the captured Ethiopian solders. He documents how the prisoners, “ghastly shapes of unspeakable words” are pushed off a cliff into their sure death, ”spinning between a rapturous dream and a paralyzing nightmare.”

Mengiste’s tone is heavy like this throughout the entire book. And why shouldn’t it, given that it was written to recall the lives that were lost in this forgotten war. To expect humour, in an account like this one, would be an idea out of the cynic notebook of Evelyn Waugh. Mengiste’s choice to interject the narrative with the odes of a Greek chorus places the book in the tradition of classical tragedy and it’s modern interpretations of griefstricken women – most notably maybe those by Christa Wolf – who can hear the dead demanding that they must be heard. That they must be remembered. Must be known. 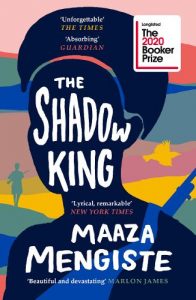 Buy from Waterstones
Buy from Amazon 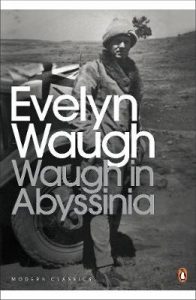