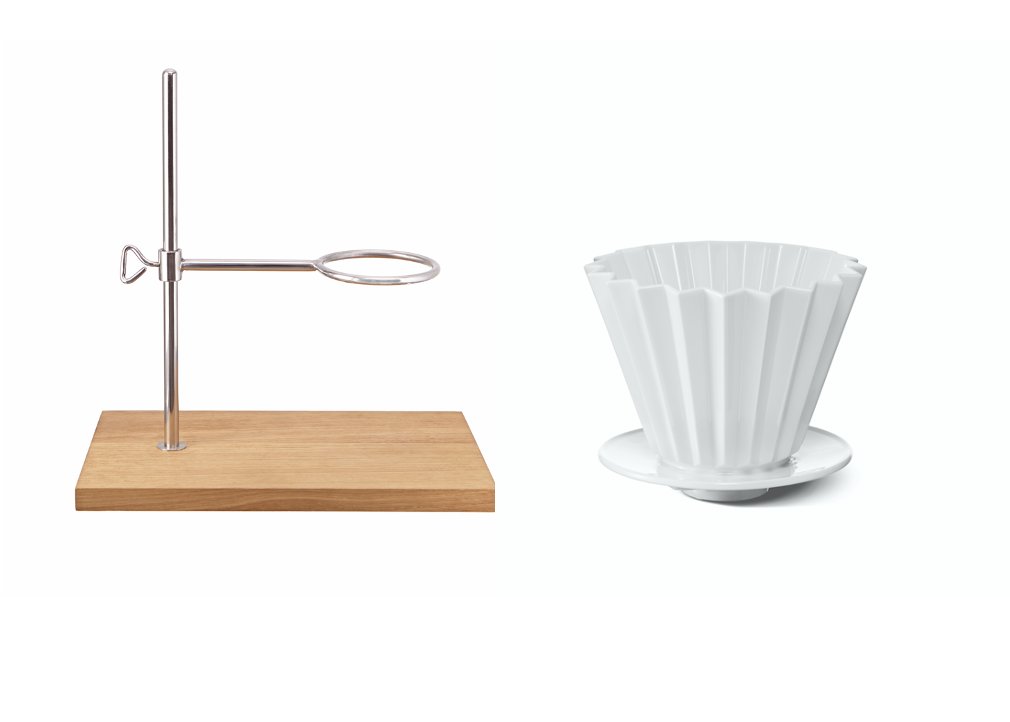 Hannah Arendt, the famous vanquisher of totalitarian thought, right and left, held that only through discourse the world is rendered humane. The answer to the question what this has to do with coffee links back to 1652, when the first coffeeshop opened down the street from the Royal Exchange in London. Drinking coffee – a male domain at the time – was what lead to caffeinated debates (arguably running somewhat more on point than drunken ones) and ultimately enlightened minds. In 1672, London’s first coffeehouse opened a branch in Paris, which, it is fair to say, became increasingly civic-minded in the succeeding decades, too.

Another place famous for the scale of its coffee consumption was  the salon of Hannah Arendt, New York’s It-Girl of political theory in the 1950s. The coffee she offered to the illustrious circle of post-war intellectuals that frequented her apartment at 370 Riverside Drive on the Upper West Side was brewed by pouring water over a paper filter containing ground coffee – a method that became popular in the first half of the 20th century after the German entrepreneur Amalie Auguste Melitta Bentz invented the paper coffee filter in 1908.

Industrialised in the United States to facilitate machine-made drip-coffee rather than hand-poured one, it became the quintessential American way to make coffee. Following the defeat of Nazi Germany, it returned to German kitchens in the American sector as one of the first forms of luxury consumption, fuelling a returning ritual of belonging and human connection; turning drip-coffee into a symbol of political freedom along the way.

For some years now, porcelain coffee filters have resurfaced in artisanal coffee bars around the world. It seems fitting for a time that is waking up to the realisation that we must all begin to assume responsibility for our political lives if we do not want to see our civic rights come under attack. Recently, I saw it being used for a carefully hand-poured cup of coffee at a fancy coffee place in the French quarter of Shanghai. I ordered one straight away. 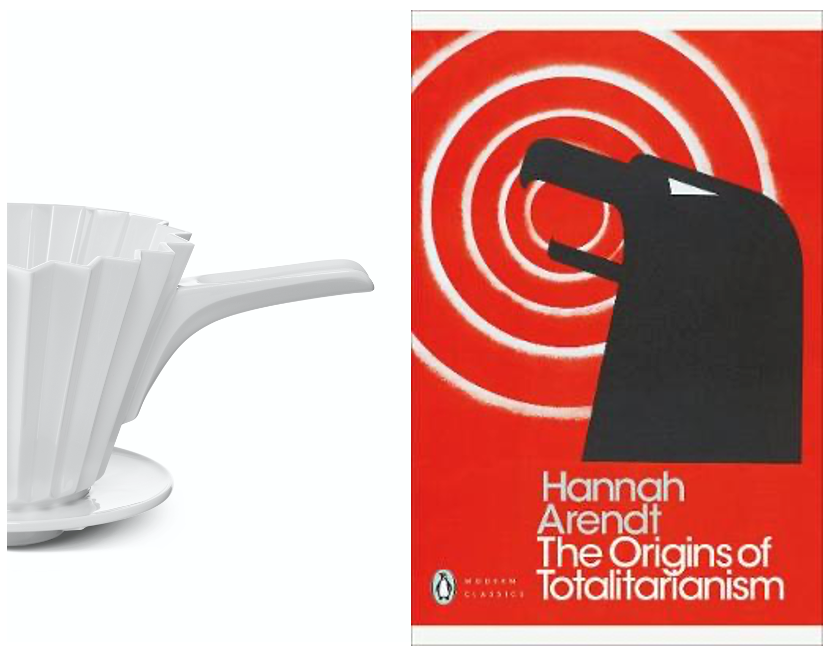 Having escaped the terror of Nazi-Germany, Hannah Arendt sat down to look at the Origins of Totalitarianism – incisively finding it in the seemingly trivial: loneliness. Loosing everyday contact to your fellow citizens, she concluded, is what prepares the ground for tyrannical regimes to take root in civil society. Arendt’s essay has never become obsolete since its first publication in 1951. In times of necessary social distancing, it has become a most timely read again. 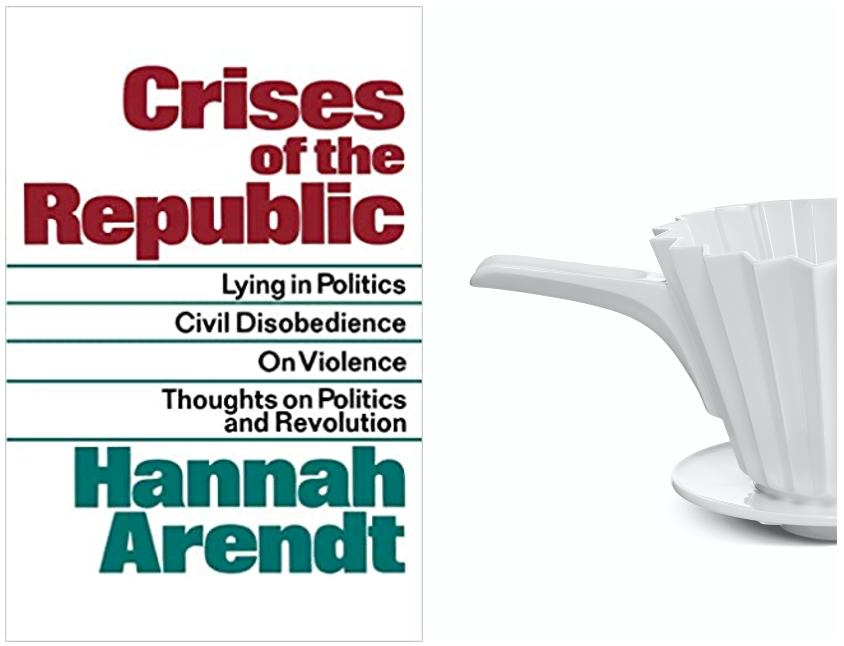 Bringing together a timeless collection of Arendt’s most lucid essays on the nature of state politics and their relation to the civic body, Crises of the Republic includes a text that regains painful relevance in 2020. Reminding us that precisely because lying in politics is not a new phenomenon, but has been instrumental already to the politicians of the Roman Republic, “facts need testimony to be remembered and trustworthy witnesses to be established in order to find secure dwelling places in the domain of human affairs”. Fake news, we may rephrase her point for today’s world, will prevail as long as we don’t answer them with facts. 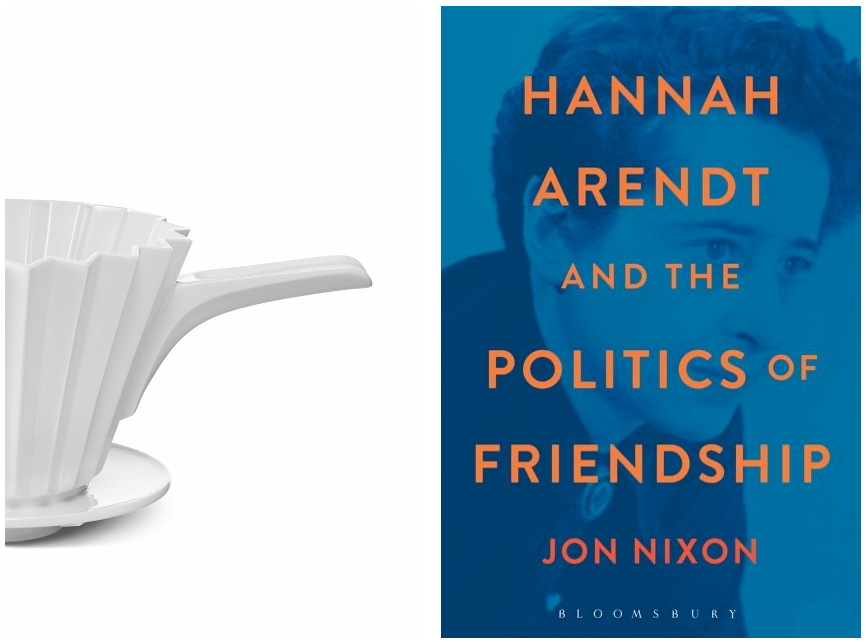 Reading Hannah Arendt draws her reader into a fascinating conversation with one of the most perceptive minds of the past century. The writer’s own conversations with friends and companions, many of whom were distinguished thinkers themselves, add another dimension to this reading. Charting the politics of Arendt’s friendships over the years, the cultural historian Jon Nixon has looked at the letters she exchanged with Karl Jaspers, Mary McCarthy, Heinrich Blücher and, most notoriously, her former teacher, Martin Heidegger. It shows Arendt’s unwavering effort to inspire discourse rather than push divides – and for this alone makes it an inspirational read. 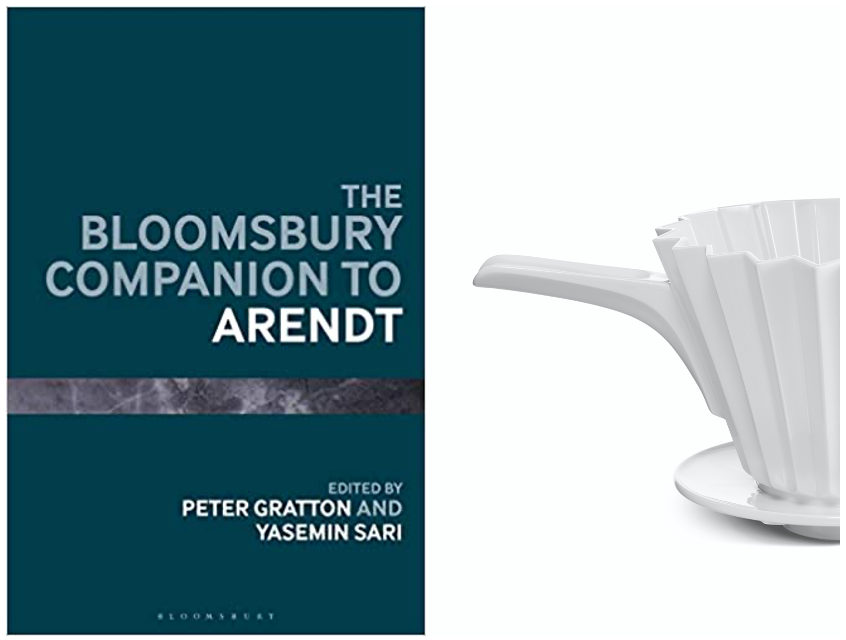 Right now, you can only pre-order it, but as it will come with more than 60 essays surveying and commenting the most important, as well as the hitherto lesser looked at topics in the writings of Hannah Arendt we have already done so. Bringing together some of Arendt’s most astute readers for an introduction and discussion of one of the most important intellectuals of the past century, makes Peter Gratton’s and Yasemin Sari’s Companion to Arendt an invaluable contribution in a time when political speech needs, more than ever, to be filtered by our own, educated reasoning.